Changing the World Through Science, Lan Yang is an Inspiration for Women at Washington University 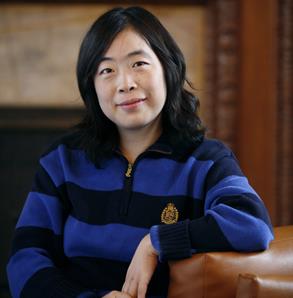 Lan Yang, PhD, is a leader among women at Washington University in St. Louis. The Edwin H. and Florence G. Skinner Professor at the McKelvey School of Engineering holds the most patents and disclosures of any female faculty member.

Yang’s innovative spirit first took root in China, long before her inventions. Growing up in the Hunan province of China in the 1990’s, Yang said most girls didn’t go to high school. Instead, they attended professional schools that may guarantee them a nice job. At age 14, Yang was scheduled to attend a professional school, as it was her mom’s sincere wish.  But Yang said she wanted more.

“I wanted something that can change the world and do things that can really make the world a different one because of me,” said Yang.

Needing her parents’ permission to attend high school, Yang took a stand by going on a hunger strike until they agreed with her. Luckily for Yang, her parents agreed    later that same day.

“My parents were scared,” she said. “They wanted to find a safe choice for me.”

Yang said she didn’t know exactly what she wanted to do with her life, but she knew science was becoming a growing interest and she wanted to go to high school in order to fulfill her goal of attending the University of Science and Technology of China (USTC).

Yang succeeded! While attending USTC, she studied with the instructors who inspired her passion for science as a middle school student.

Yang pursued her PhD at the California Institute of Technology (Caltech). Wanting to learn something she didn’t know before, Yang chose to study photonics for fiber-optic communications and medical applications, such as laser surgery. Yang said the varied applications aligned with her goals to impact people’s lives and make a difference in the world.

Her work at Caltech led to a successful career at Washington University in St. Louis. Yang holds seven patents, the most patents of female faculty members. Yang said she has dozens more patents pending with over 100 published papers. 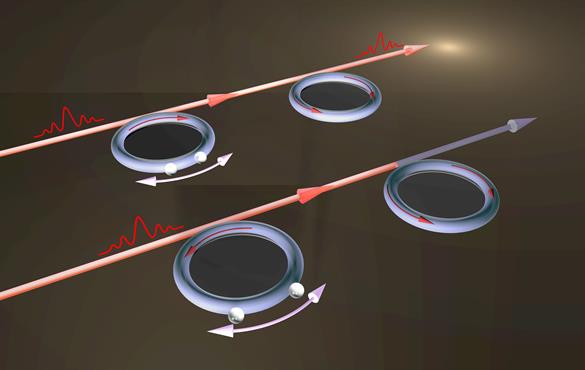 Yang’s recent success involves fundamental understanding of light-matter interactions and optical technologies. She devised an optical resonator system that could trap light in a structure smaller than a human hair to study light-matter interactions. It could manipulate a process called electronically induced transparency (EIT), allowing for a level of control that can be used for the advancement of long distance optical communications. This is when light is used to carry information

She spent many years developing “whispering-gallery mode” resonators, the basis of Yang’s sensors.

“Whispering-gallery mode refers to light propagating along a curve surface in a manner similar to a phenomenon found in the gallery spaces of St. Paul’s Cathedral dome in London, where a single whisper, such as a sound wave, can be heard along the circular boundary of the architecture,” described Yang.

But instead of clearly heard sound that follows the curved path of a church dome, the sensors rely on light bouncing around the resonator. Yang’s research shows light propagating along the curved surface of a microtoroid and a microsphere.  The light is circling an object to be sensed- a blood cell, air molecule or a single nanoparticle.

The system has far reaching applications for public health.  It can be used in the management of air quality, specifically for the detection of harmful nanoparticles in the air. Yang’s resonators can also be used in the creation of portable biosensors for advanced early diagnosis of various diseases.

Yang says her group demonstrated its sensing capability by successfully detecting influenza A virus particles in the air.

“(The sensors) would physically detect those existing virus particles around the person,” said Yang.

Yang said portable sensors derived from her optical method would diagnose those infected with coronavirus well before they show symptoms. She said the sensors would detect the virus particles in the air from the individual’s breath, when they exhale.

“(Rather than) just checking their temperature, because that’s not enough anymore,” she said.

Yang said if her plans succeed, the work might also help scientists create an effective vaccine.

“Our sensor could be functionalized with specific reagents and chemicals to understand their interactions with the virus particles, which could help quality testing of the vaccine,” said Yang.

As Yang explained, her ideas could take a couple of years to develop. “(The plan) aligns with my wish to make the world a better place for what we could do as researchers.”

Yang’s vision to develop sensing capabilities for coronavirus is close to her heart. Yang explained how her family in China has been devastated by the coronavirus outbreak. So with Yang’s expertise, she feels this is her chance to give back to those who supported her.

Taking a leading role is something Yang is accustomed to doing her entire life. She wants girls and women to know anything is possible.

“Every single person is born with talents,” she said. “You have the responsibility for yourself to find what your true talent is. For me, science is about doing something to help people, to make the community a better one.”