“Crime is a public health crisis,” Kim Gardner, Circuit Attorney for the city of St. Louis, said at a recent town hall hosted by FOCUS St. Louis and Forward Through Ferguson this January. “The source of crime is lack of opportunity and hopelessness.”

The event brought together the four prosecutors for our region. Gardner, Wesley Bell, the Prosecuting Attorney for St. Louis County, Tim Lohmar, Prosecuting Attorney for St. Charles County, and Jeff Jensen, the U.S. District Attorney for the Eastern District of Missouri. Jensen oversees the prosecutors in this area and is the top-ranking federal law enforcement official in this district. They sat opposite an engaged audience in the Missouri History Museum’s theater.

The conversation was moderated by Wally Siewert, Director of Civic Engagement & FOCUS Impact Fellows at FOCUS St. Louis, who began the evening by validating both “the historical and ongoing legacy of profound self-sacrifice by individuals who serve in the criminal justice institutions” and “the historical and ongoing legacy of deeply unjust racial disparities in the use of violent government force by the individuals and institutions of criminal justice” and asked both panelists and prosecutors to keep both truths in mind.

From that framework, Siewert asked the assembled prosecutors to speak on how they how they hope their offices look in 2039 (in terms of being racially just) and what steps they are open to taking now to get their offices to that place. 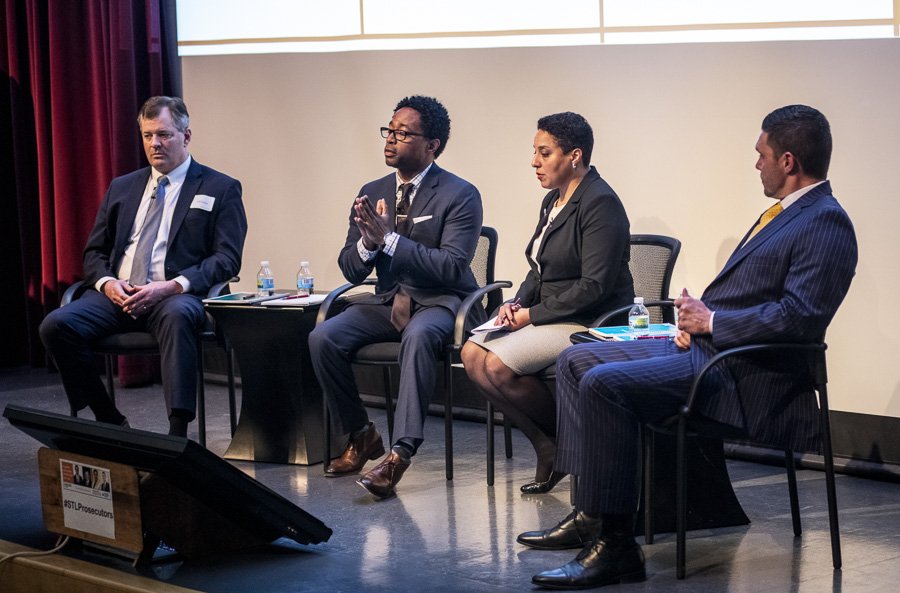 Their answers were similar. Bell, Gardner, and Lohmar all spoke of working to increase diversionary and treatment programs.

“We have to start addressing the root causes of not only crime, but also social economic disparities, and much of it relates back to poverty. When you look at how the justice system works for those with means, as opposed to those without means, there’s a clear dichotomy,” said Bell.

“Unless we’ve given them tools to equip themselves to be more productive citizens, they’re going to go right back into the cycle of criminal activity,” Lohmar concurred.

“We can’t just be in our silos. We have to look at diversion programs, we have to look at drug treatment and mental health treatment programs because many of the low-level offenders turn into the violent offenders. If we don’t address that root cause we’re going to be spinning our wheels and fighting that same war over and over,” Bell explained.

In response, Bell’s office is partnering with community organizations such as Affinia, Places for People, and BJC to expand their diversionary and treatment programs.

“If we start addressing these issues, get ahead of the curve, then we’ll be a destination city again,” Bell predicted.

One particularly bright spot in the discussion was news of how well the Eastern District of Missouri does with rehabilitation for federal offenders. 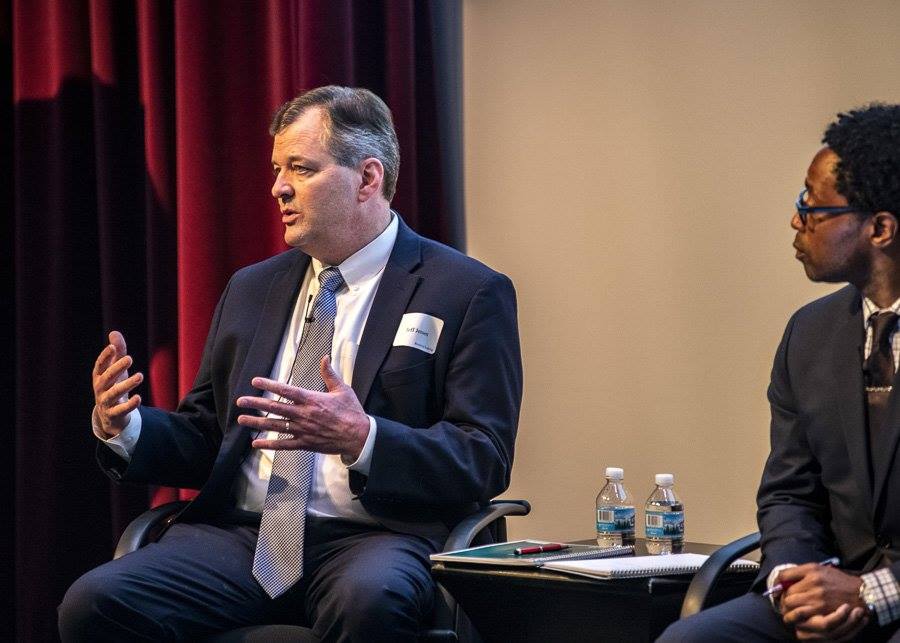 Jeff Jensen, the U.S. District Attorney for the Eastern District of Missouri at the History Museum during FOCUS St. Louis’ #STLProsecutors event.
Photo by Chuck Ramsay

“The probation office in the Eastern District of Missouri is the most successful in the county,” said Jensen. “They have a 7.5% recidivism rate after people get done with the federal system, which is about 10 times better than the national average.”

“It’s just shockingly impressive. They get there in a number of ways – we have re-entry courts for people with mental health issues, we have a veterans court, we have a drug court for people with addiction issues, and we have a gang court,” said Jensen. “So it’s that probation office, it’s getting people jobs – their unemployment rate is about 4.5%. They get jobs with the carpenters union, the welders, certified nurse assistants, commercial drivers licenses, because the jobs are what are stopping the bullets. That’s the way to stop the violent crime – give people jobs they can be proud of [as opposed to one where they’re just trying to work to keep their parole officer off their back].”

“That is how you make inter-generational change,” Jensen said.

Photos by Chuck Ramsay. Learn more about his work on his website.