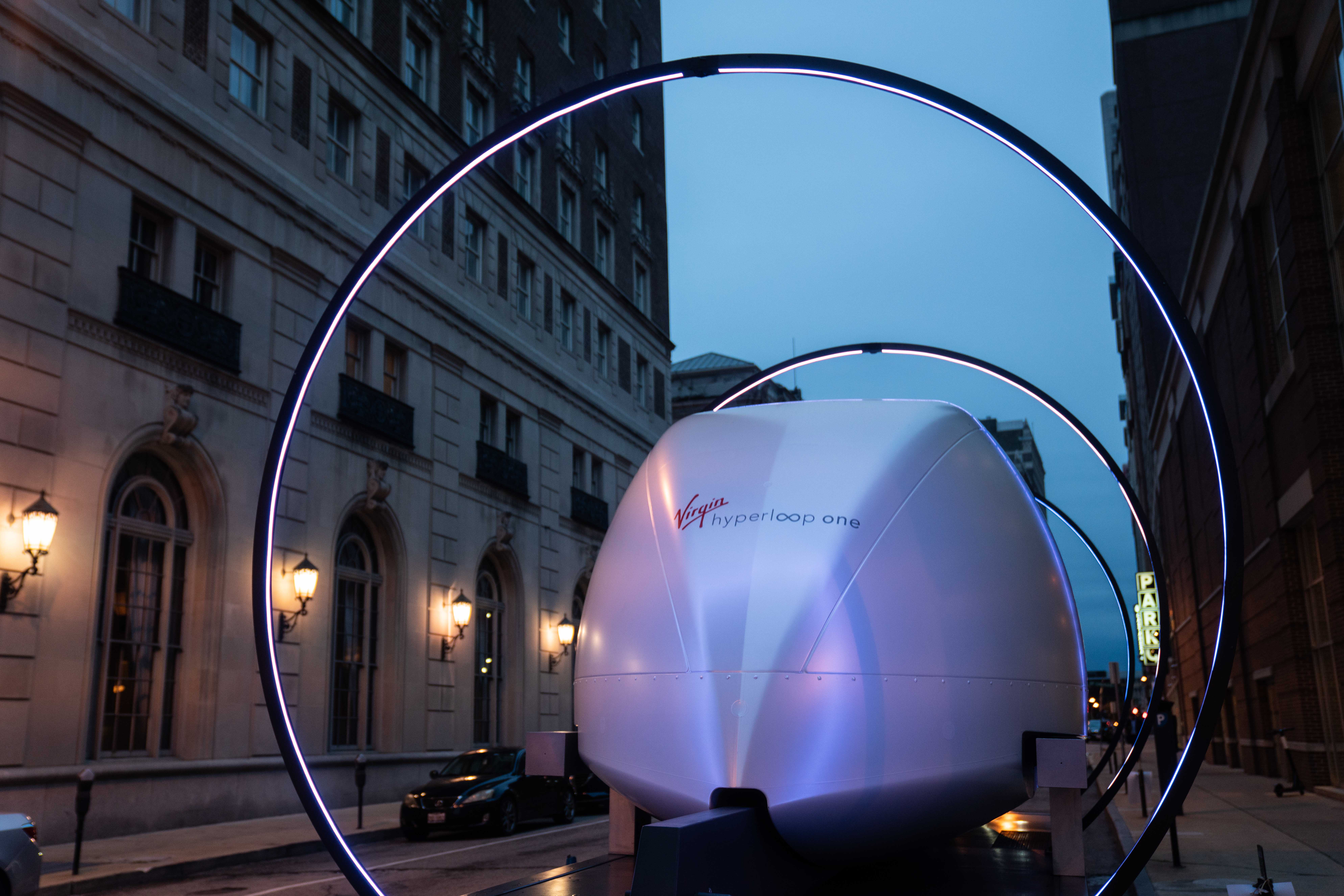 Los Angeles-based Virgin Hyperloop One (VHO) launched a first-of-its kind U.S. roadshow to bring the XP-1 hyperloop pod to communities across the United States and start a dialogue about the power of this new form of mass transportation. The XP-1 made history as the world’s first hyperloop pod to complete a full-system hyperloop test. The Virgin Hyperloop One pod set the record of 240 miles per hour on 550 yards of track in Nevada.

Missouri is one of the states VHO toured with the pod on display for the public. Missouri is a logical destination following the state’scompletion of the first hyperloop feasibility study in the U.S. and the formation of the Blue Ribbon Panel on Hyperloop headed by Lieutenant Governor Mike Kehoe. After an investigation and detailed study spanning months, the bipartisan panel released a 176-page report exploring the specific steps and funding mechanisms for the Missouri Hyperloop project. The report strongly makes a case for the nation’s first hyperloop route to be built through the I-70 corridor.

In St. Louis, the XP-1 pod was parked outside the 2019 American Association of State Highway and Transportation Officials annual meeting on a bustling downtown St. Louis street.

“The pod itself is amazing. At this point, is kind of a historical artifact,” said Andrew Smith, vice-chair of the Blue Ribbon Panel on Hyperloop. “It’s like the Kitty Hawk plane the Wright brothers flew. This is the actual vehicle that has been run 400 times out in the desert in Las Vegas.”

VHO’s system uses a proprietary magnetic levitation system that could make speeds up to 700 miles per hour possible and reduce time to travel. The technology electronically shoots a pod through a low-pressure tube. With magnets lining the tube, the pod glides above track through magnetic levitation at airline speeds. The lack of air and friction allow the pod to quickly reach high speeds.

The Blue Ribbon Panel on Hyperloop’s report detailed how building the system in Missouri would cost anywhere from $7.3 billion to $10.4 billion dollars. Based on findings described in the report, it’s believed the project can be achieved with private investments through a public-private partnership.

Virgin Hyperloop One recently announced plans for a national certification center, a full-scale test track. The company is seeking backing and is now asking states to submit proposals to support and host the development of a center to advance its futuristic super high-speed travel plans by testing and validating the technology.

“We’re looking at different locations throughout the U.S. that can host this,” said Diana Zhou, director of project strategy at VHO. “We’ve got a lot of interest so far.”

The Blue Ribbon Panel on Hyperloop’s report outlines a proposal to win a bid for a 12 to 15 mile “national certification track”.

“Before we can start building between cities, we’ve got to have about a 12 to 15 mile, full-sized route where the system can reach full speed and where it can be certified for human safety and where we can build a regulatory regime for it,” said Smith. “And we’re hoping that happens in Missouri.”

Watch the HEC video to learn more about the pod’s St. Louis stop! You’ll find answers to questions people in St. Louis are asking, regarding pod travel and a Missouri hyperloop system.