One on One with Crime Writer Ace Atkins 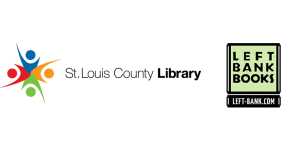 Growing up, author Ace Atkins had a book in one hand and a football in the other. The former Auburn star football player now watches from the sidelines but writing gave him a career.

27 books later, the crime writer pens at least two books a year, one for his popular Quinn Colson series and another for the Robert B. Parker detective series, featuring Boston private eye, Spenser.

Parker is considered the undisputed dean of American crime fiction. He died in 2010, but the Parker estate wanted to continue the Spenser series and chose Atkins to write it.

“Someone To Watch Over Me” is Atkins’ ninth Spenser novel with the wisecracking PI working with his protege to destroy a sex ring run by a powerful billionaire.

Presented in partnership by the St. Louis County Library and HEC Media.