Policy Makers in India Turn to a Leading Expert in St. Louis for Help with Toxic Smog in New Delhi

Some of the most polluted cities from all over the world call on Pratim Biswas, the Lucy & Stanley Lopata Professor in the McKelvey School of Engineering at Washington University in St. Louis, to advise them when facing serious public health issues from pollution. 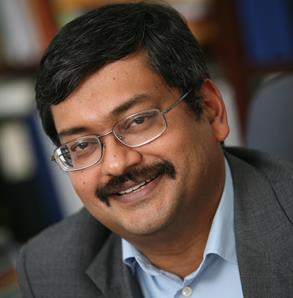 In December 2019, Biswas traveled to India’s capital city of New Delhi where air quality reached dangerous levels in November. With the heavy smog, authorities declared a public health emergency. Schools were shut down and flights were cancelled.

According to Biswas, the toxic smog led the Delhi government to ask him for recommendations, as his Aerosol and Air Quality Research Laboratory (AAQRL ) offers new techniques and technologies. The lab is run by the Center for Aerosol Science and Engineering at Washington University in St. Louis, considered the world’s best and most comprehensive center for the advancement of aerosol science and technology.

Biswas oversees the state-of-the-art center at the McKelvey School of Engineering as assistant vice chancellor of international programs & chair of the Department of Energy, Environmental & Chemical Engineering. He is internationally renowned for his pioneering work in aerosol science and engineering.

“We have some cutting edge sensors,” Biswas explained. “We have state-of-the-art instrumentation. Some of these instruments, at the least, cost $100,000 and go up to half a million or one million dollars.” 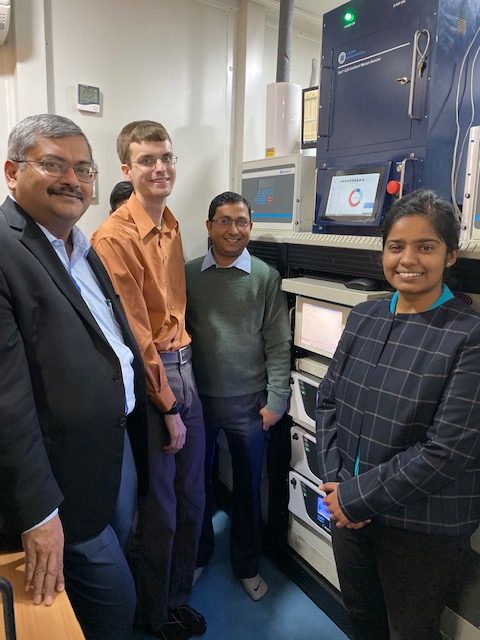 With New Delhi facing a daunting problem, his lab deployed a network of high quality particulate matter sensors that measure fine particles and determine what they are made of.

According to Biswas, “We have put in a network of high quality sensors to measure fine particles (PM2.5) and also determine their chemical speciation in real time. As all the data is sent to the cloud using IOT principles, we can use our algorithms to determine the major contributing sources in real time. The data is available every 5 seconds. We have developed robust algorithms for data inversion.  All these innovations are from AAQRL at Washington University in St. Louis.”

“This information is being made available to policy makers (in India), so hopefully they can act on these contributing sources, and control their emissions. This tool is on a dashboard that can be viewed from their offices. However, they must now use this information to control the source emissions to reduce the particle emissions.”

Also in December, Biswas joined his peers at the Indian Institute of Technology Bombay to celebrate the opening of the Aerosol and Air Quality Research Shared Facility in Mumbai. The school is now a partner in Washington University’s Global Aerosol Network.

Biswas is also collaborating with aerosol scientists and engineers in China in hopes of solving pollution problems that plague Beijing.

“We are collaborating with them on studies. Our major focus there now is to co-advise and train the next generation of advanced degree students.”

Biswas explained just how much other parts of the world could learn from St. Louis.

“St. Louis historically has had very strong research efforts,” he said. The efforts are largely due to air pollution in the late 1930’s and 1940’s that is similar to what New Delhi has today. He explained how St. Louis stepped up to clean the air.

“Coal was used to heat homes. As a result, there was a lot of fine particle pollutants, aerosols that were created. It was rather a grim situation and people were having health issues by breathing in these particles,” Biswas said. “It took a Washington University professor, Professor Tucker, to really step up. He took it upon himself to become mayor of this city and then passed regulations to really control it and he solved the problem.”

Mayor Raymond Tucker later returned to Washington University. He would continue his work and hire future leading scientists, which is a path the led to Biswas and his contributions in the field of aerosol science. 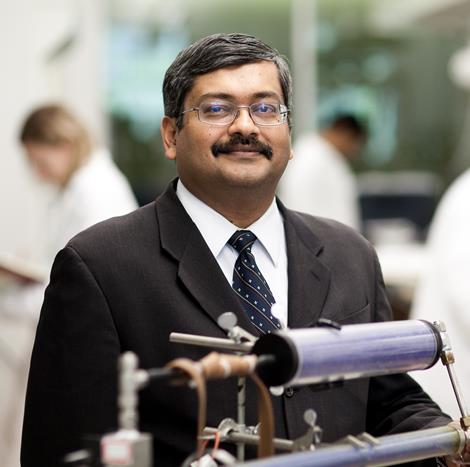 Biswas’ work applying aerosol science to energy and environmental nanotechnology, solar energy use, air pollution control, medicine and other areas of science and engineering was most recently recognized with the Fuchs Award, the highest honor given to an aerosol scientist.

Biswas has been elected to the National Academy of Engineering, considered one of the highest honors in the field of engineering. He was selected, “for advancing the science of aerosol dynamics and particle removal technologies”.

Biswas came to Washington University in 2000 to rebuild the environmental engineering science program. Six years later, he created the Department of Energy, Environmental & Chemical Engineering, the first program of its kind.