Rachel Whiteread’s Examination of Negative Spaces On View at SLAM

“It’s childhood memory made into something solid,” Rachel Whiteread says, describing the one of her earliest sculptures. She created “Closet” from the inside of a wardrobe using plaster and then covered the resulting object in black felt, reminiscent of the darkness she remembered while hiding inside of a closet in her youth. Whiteread wanted to memorialize the space inside the closet, make it something “three dimensional and present.”

Over three decades later, Whiteread has made a career out of capturing the negative space, the space between and inside of everyday objects. Her first sculptures were a matter of practicality – furniture and domestic items like hot water bottles which could be easily moved and manipulated with a minimum of manpower. Then in 1990 a house in North London faced demolition and she decided to cast the inside of one of the rooms. She worked in sections, capturing the walls and ceiling separately and then assembling them together on a metal frame to produce “Ghost.” In 1993, Whiteread expanded in scale to include an entire house, creating her most well-known and rather controversial piece. Together with a team of workers, she crafted a concrete form of the interior of an old Victorian multistory home supported by a metal skeleton, and then pealed back the walls. The massive sculpture in a run down neighborhood drew a large amount of attention and crowds, becoming a symbolic figure in public housing policy debates. It only stood for 80 days.

“House” remains memorialized in a photo series currently available to see at the Saint Louis Art Museum, along with many other more portable examples of Whiteread’s work in the major retrospective of the artist’s 30-year career. Echoes of bedroom furniture, hot water bottles, cabinets, and doors now stand inside the David Chipperfield designed East Building. “I think Rachel’s work which is often very geometrical, compliments very beautifully our Chipperfield building,” Simon Kelly says. “It’s a great introduction to someone who is a really significant figure in the contemporary art world.” Among the more domestic pieces memorializing bathtubs and medicine cabinets, one can also find a miniature version of Whiteread’s Judenplatz Holocaust Memorial, or Nameless Library, constructed in Vienna.

In 2016, the Saint Louis Art Museum purchased “Detached III,” a piece created which captures the space inside a garden shed. It became the first work by a female artist that the museum installed in its Grace Taylor Broughton Sculpture Garden and it is located on the grounds behind the museum.

The “Rachel Whiteread” exhibition opens March 17, 2019 and will be available through June 9, 2019. A series of lectures and other events which compliment the show will be held from March 15 through March 29, 2019. For more information, visit www.slam.org/exhibitions/rachel-whiteread/. 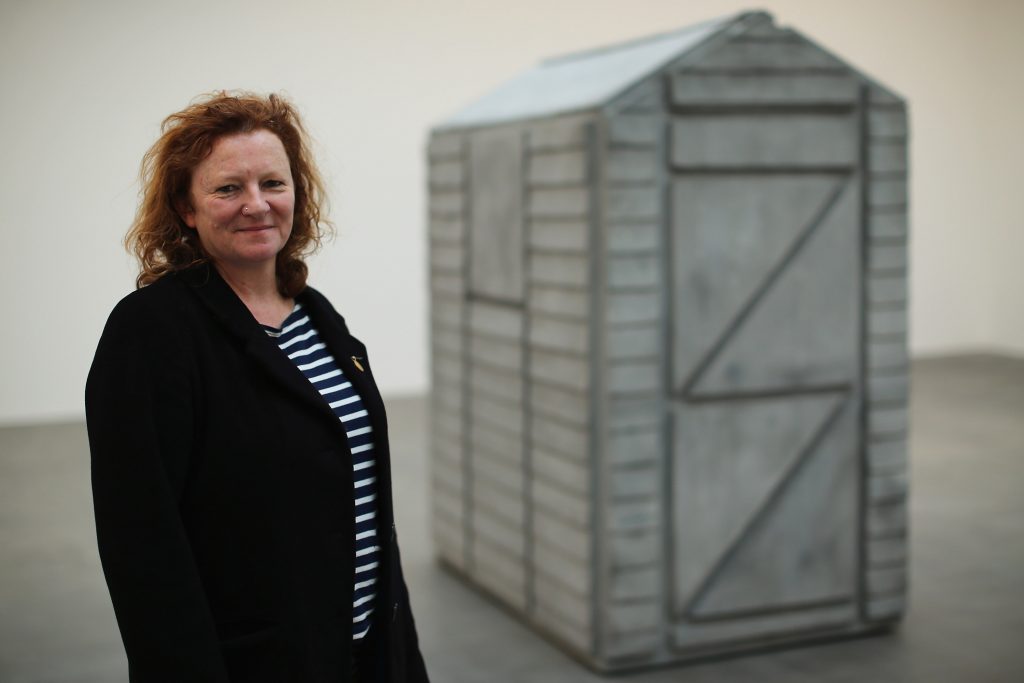 Artist Rachel Whiteread poses next to a piece of work from her new show, ‘Detached’ on April 11, 2013 in London, England. Photo by Dan Kitwood/Getty Images 166304681 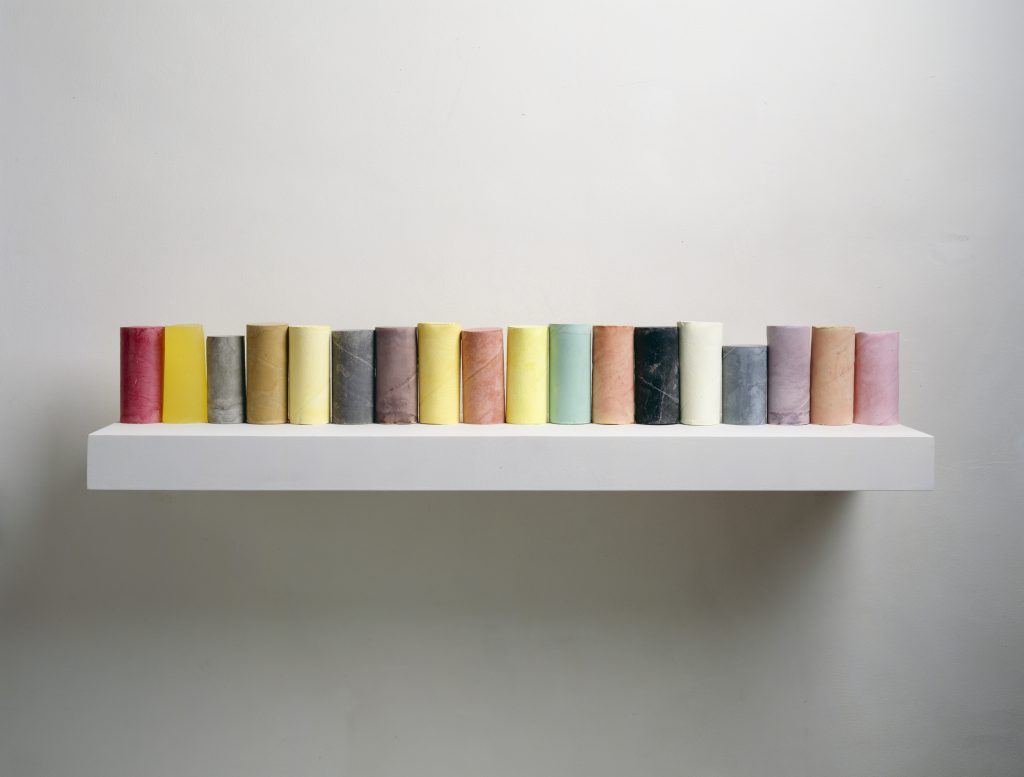 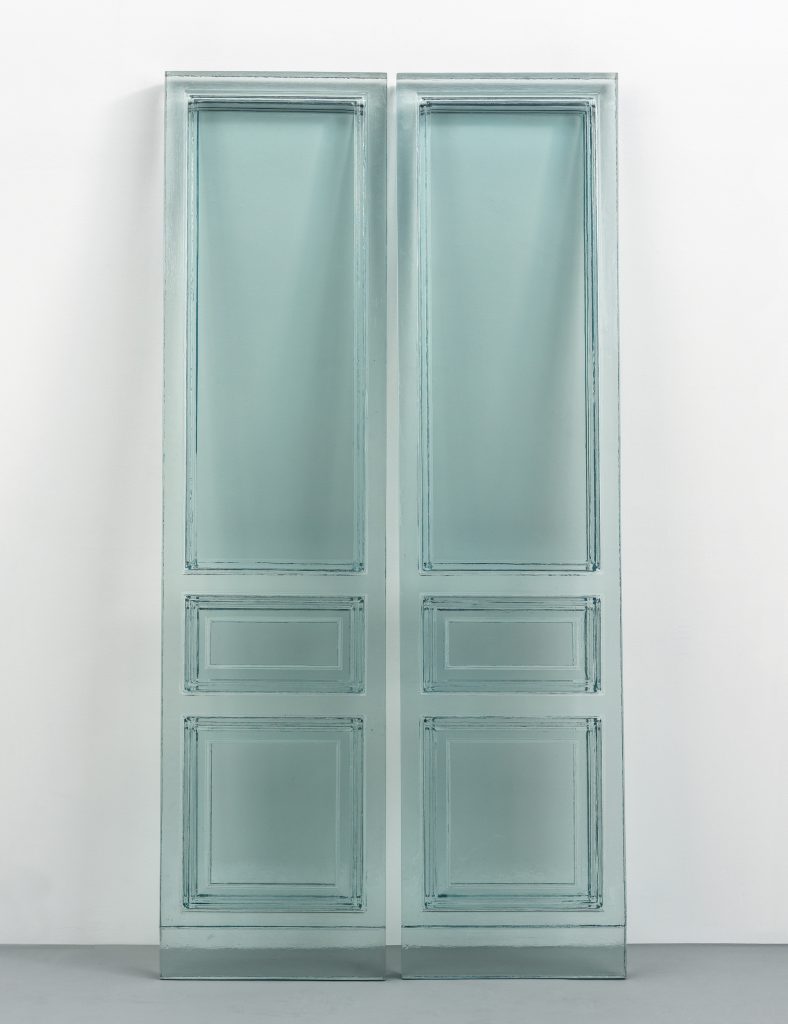 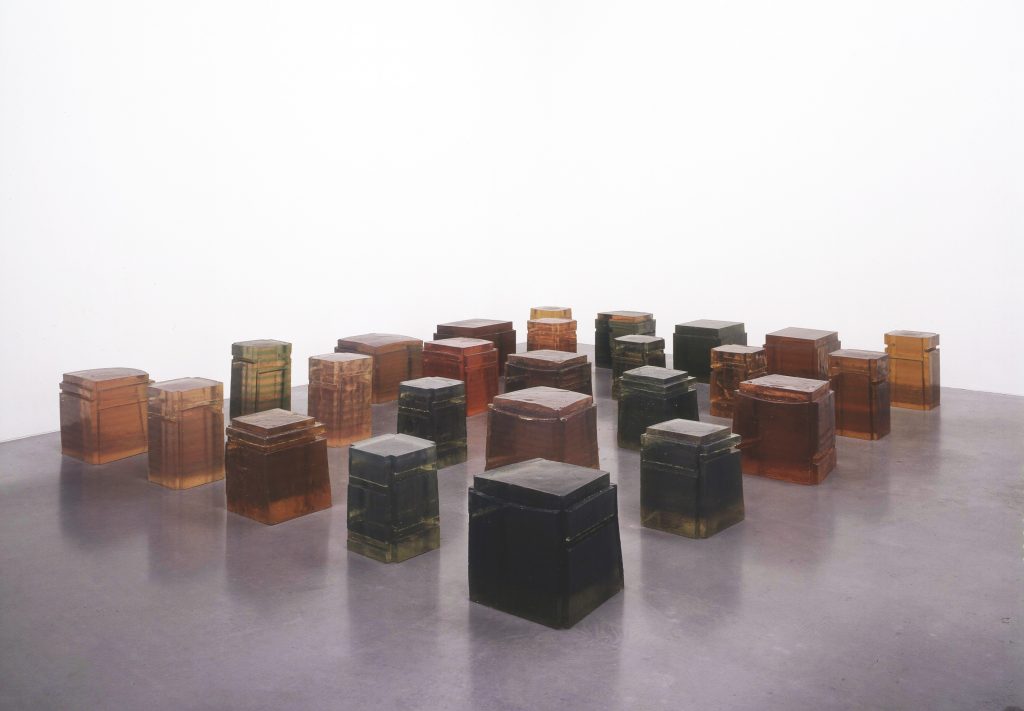 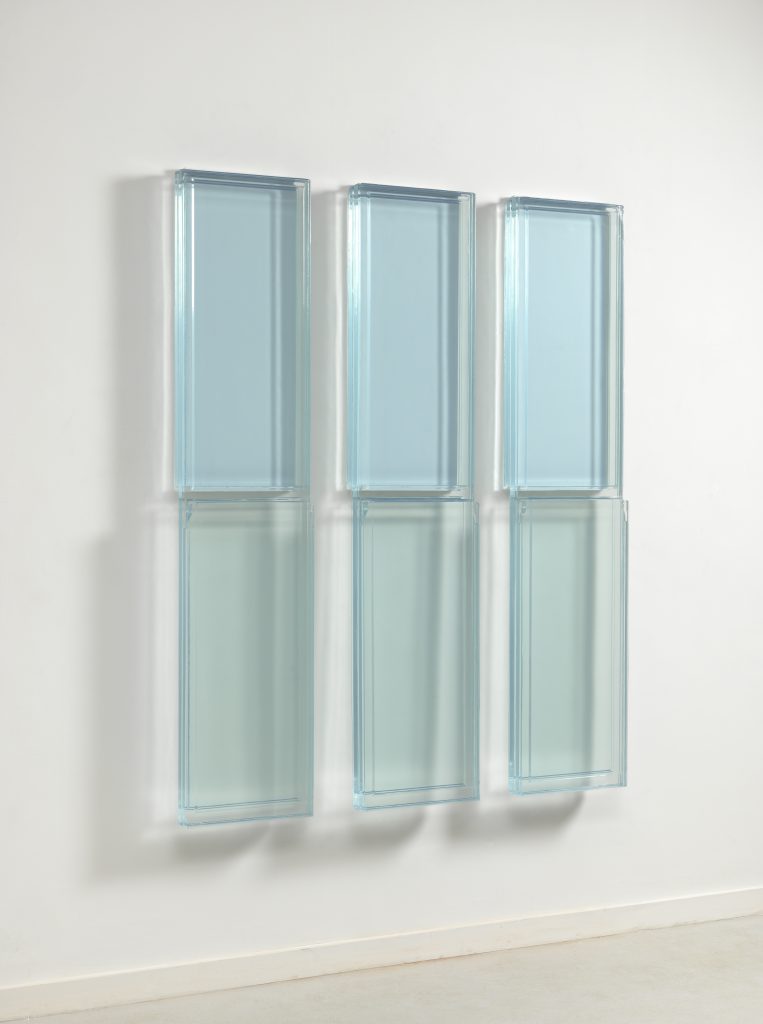 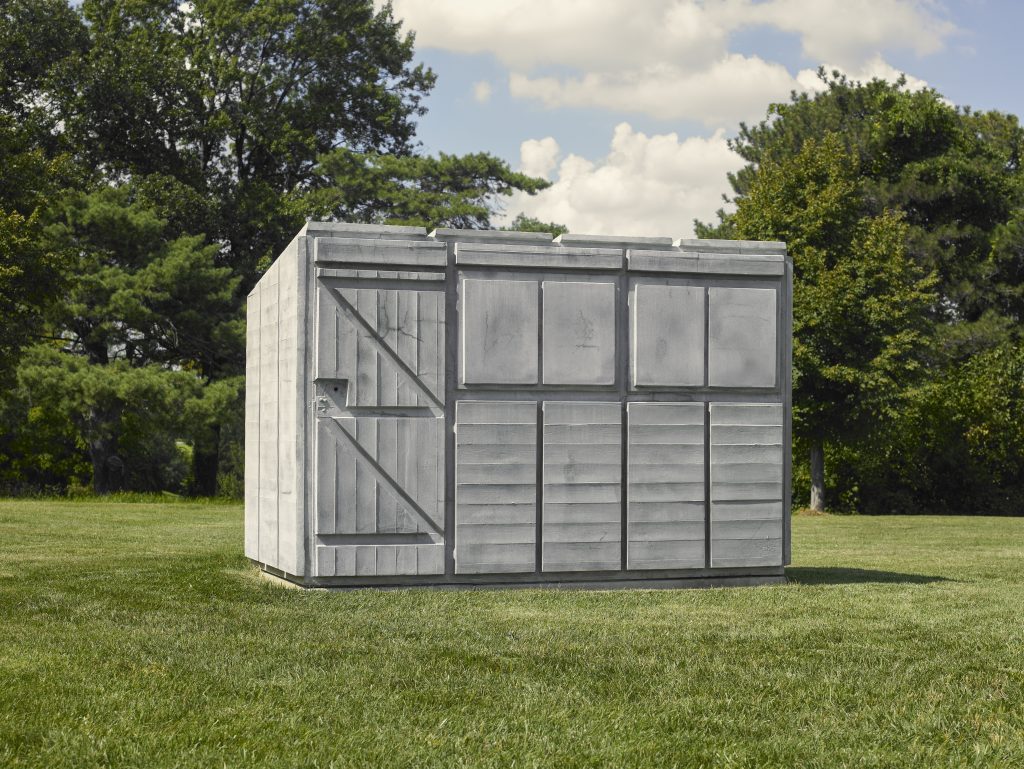 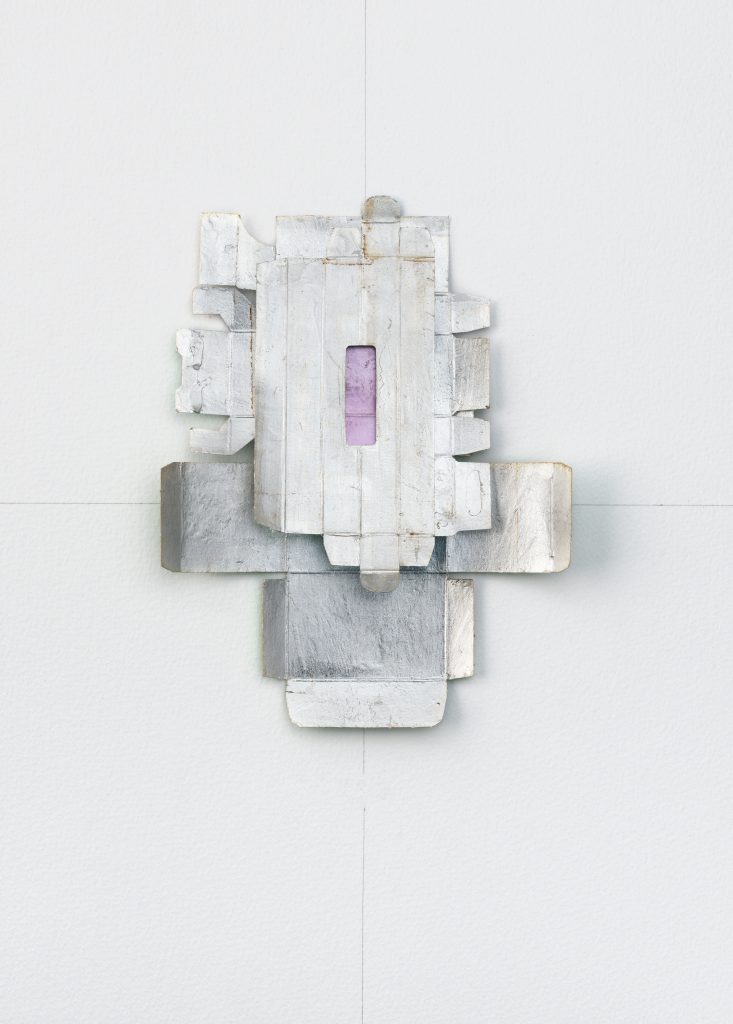 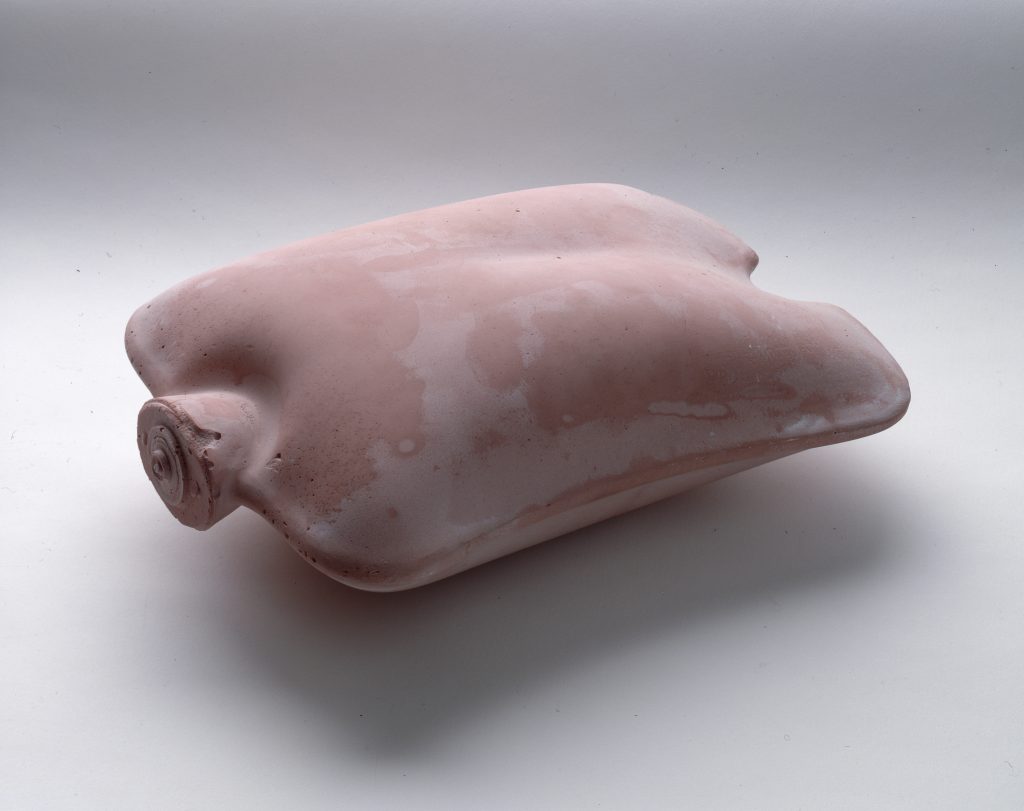