Monday evening was a gathering of artful celebration in St. Louis through the Arts and Education Council’s (A&E) Arts Awards.

“The St. Louis Arts Awards casts a wide net across the region to ensure art is celebrated,” said Pat Smith Thurman, co-owner of the 10th Street Gallery with her husband, Solomon Thurman, who received the Lifetime Achievement Award Monday evening.

“The St. Louis Arts Awards is one of the premiere events in St. Louis,” said Chris Hansen, Executive Director of the Kranzberg Arts Foundation and winner of the 2019 Arts Innovator Award. “It’s well produced, it brings dynamic individuals together to recognize the distinguished to the up-and-coming, and it’s by far my favorite event of the year.”

To kick off the evening, the internationally acclaimed a cappella group, Ambassadors of Harmony, performed with heart and gusto only a group of more than 130 barbershop style voices can achieve.

The Ambassadors of Harmony was recognized for Excellence in the Arts, as the group strives for musical excellence while being connected to their community.

Next, the Art Educator of the Year was awarded to Dr. Nikki Spotts. Although Spotts did not take up the entire stage the way the Ambassadors of Harmony, her passion for her students surely did.

After dancing with a variety of companies around the nation, Dr. Spotts returned to her roots and has had a long career at Shaw Visual and Performing Arts Elementary, where she also attended elementary school.

Her classroom is nurturing and welcoming, but also has high expectations for discipline, hard work, and professionalism. She strives to see her students grow up to achieve incredible accomplishments, just like she did.

“We knew Adam was talented when he was just 9-years-old,” said Les Maness, Adam’s father.

“The thing about Adam is, everyone loves Adam,” said Deb Maness, Adam’s mother. “He’s not just extremely talented, but he’s just so nice and so humble. We love that the St. Louis Arts Awards recognizes that.”

Maness began playing piano at the age of ten, and by age 16, he was performing professionally with some of St. Louis’ most celebrated jazz musicians, including Willie Akins and Freddie Washington.

He is the leader of the Adam Maness Trio, featuring Bob DeBoo and Montez Coleman, and is the co-founder and composer for the genre defying chamber ensemble, The 442s, which gave a spectacular performance Monday evening, alongside Brian Owens.

Still riding the high from the performance by The 442s, the audience honored Solomon Thurman, Jr. for Lifetime Achievement in the Arts.

Thurman is an artist, researcher, teacher, and co-owner of the 10th Street Gallery. Among his significant body of work is “Black Americans in Flight”, a 51-foot-long mural located at St. Louis Lambert International Airport.

The last award of the night was given to Jack Lane and Michael Hamilton, co-founders of STAGES St. Louis, also for Lifetime Achievement in the Arts.

Since Lane and Hamilton founded STAGES 33 years ago, the theater company has grown to become one of the top regional musical theaters in the nation.

The Broadway quality of STAGES’ productions is matched in caliber by the STAGES Performing Arts Academy’s education and outreach programming. Now in its 15th year, the Academy educates thousands of students each year.

Nominations for the Arts and Education Council’s 2021 St. Louis Arts Awards will open this spring at KeepArtHappening.org. 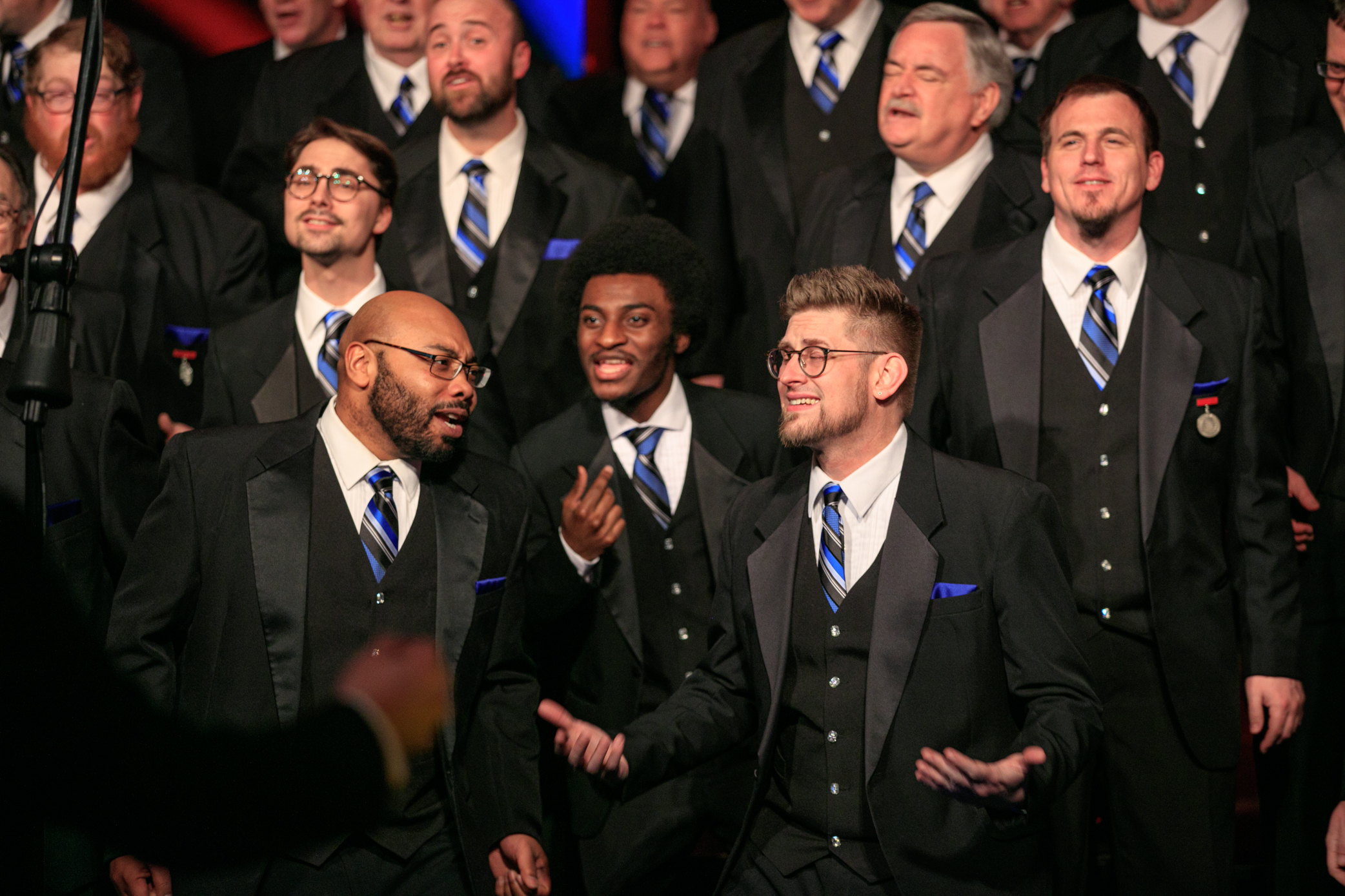 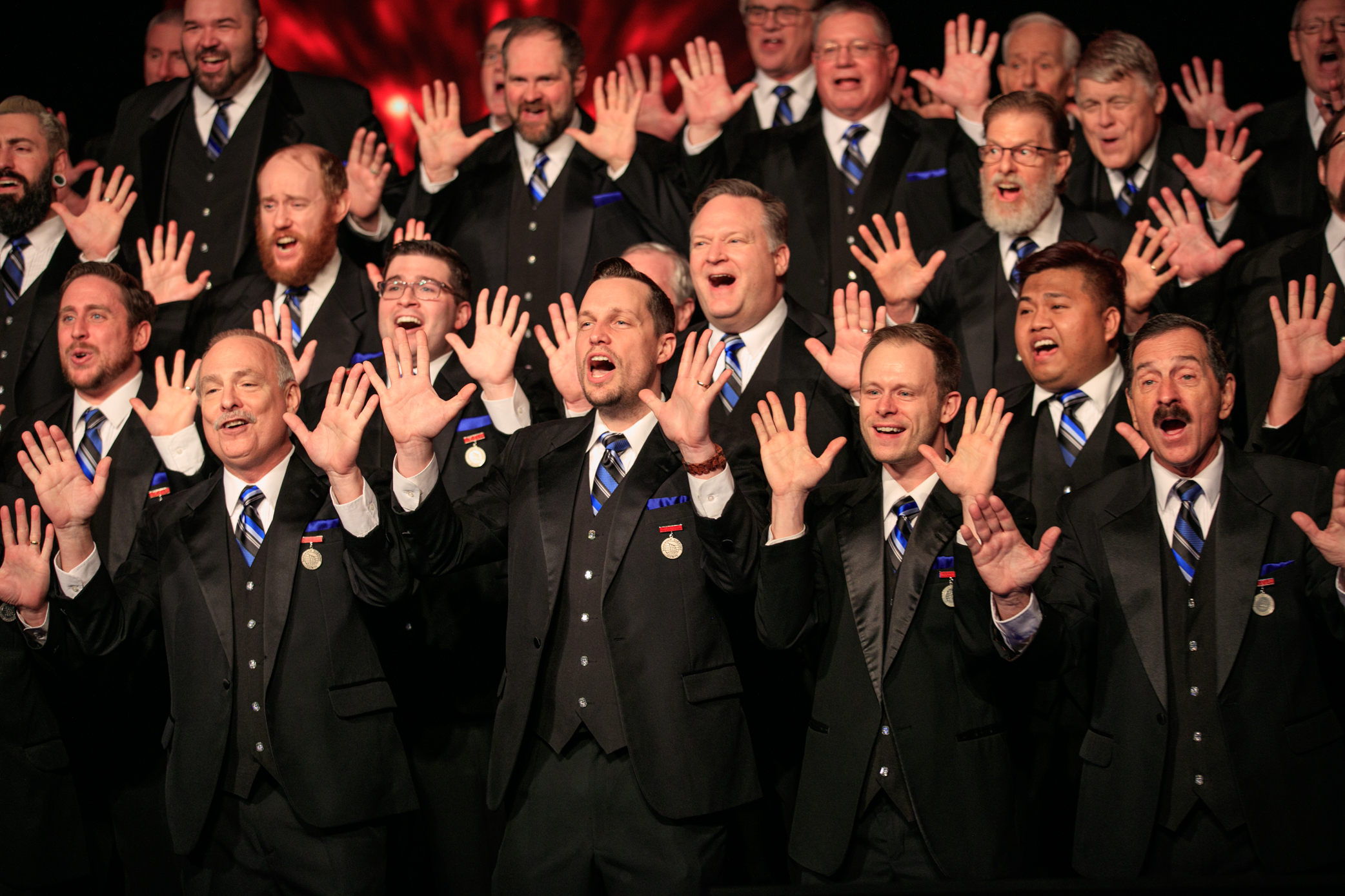 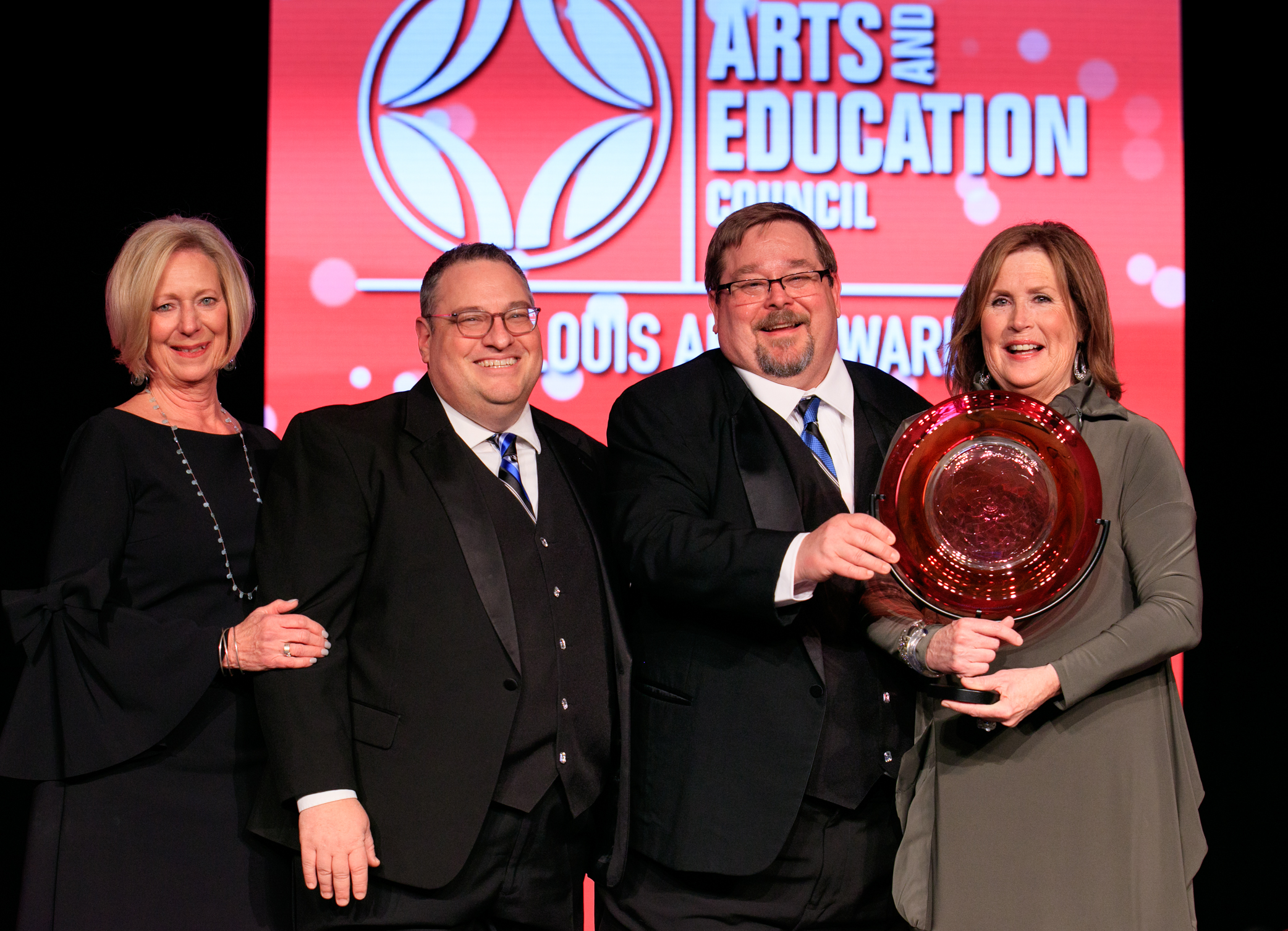 Ambassadors of Harmony receiving Excellence in the Arts 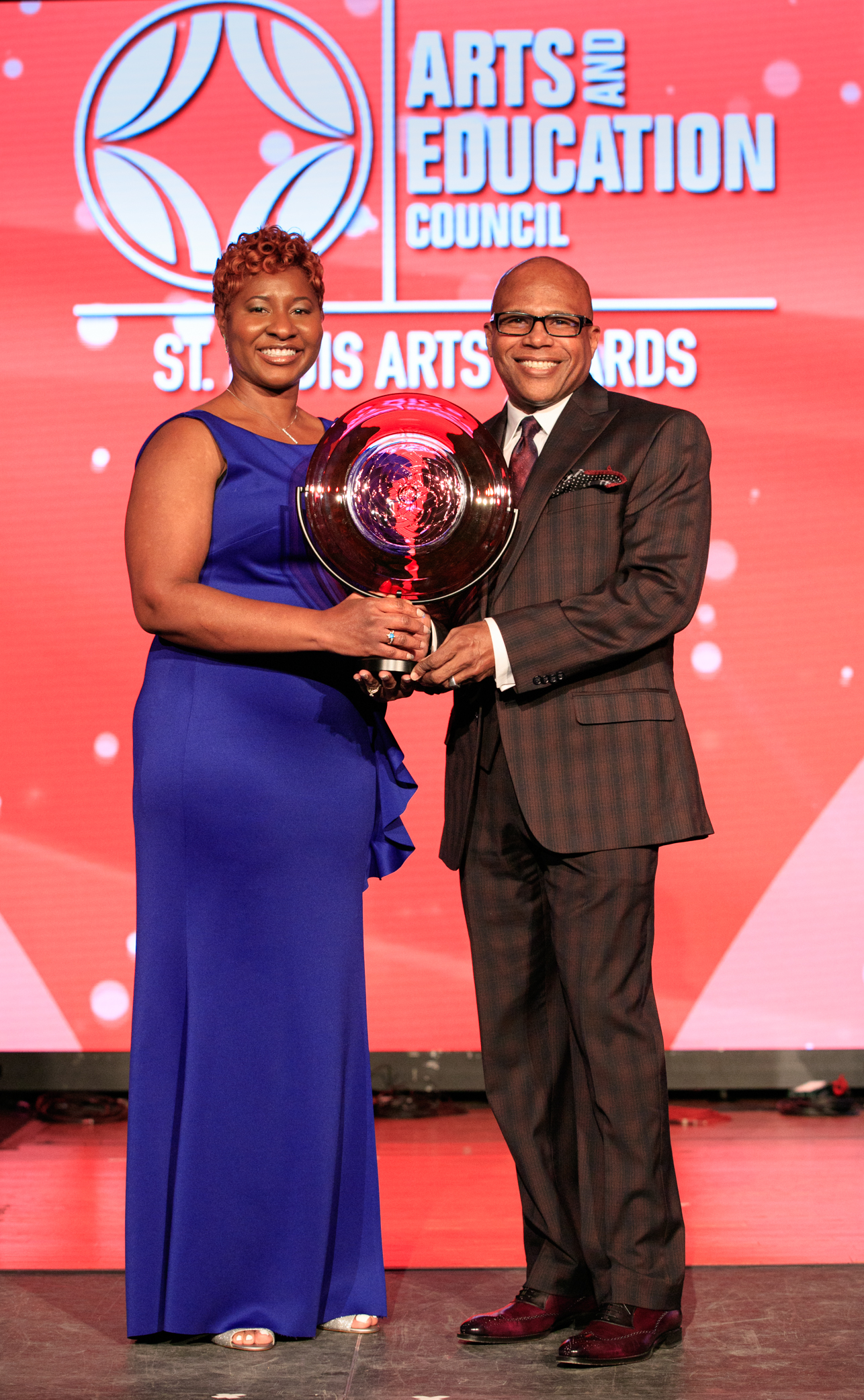 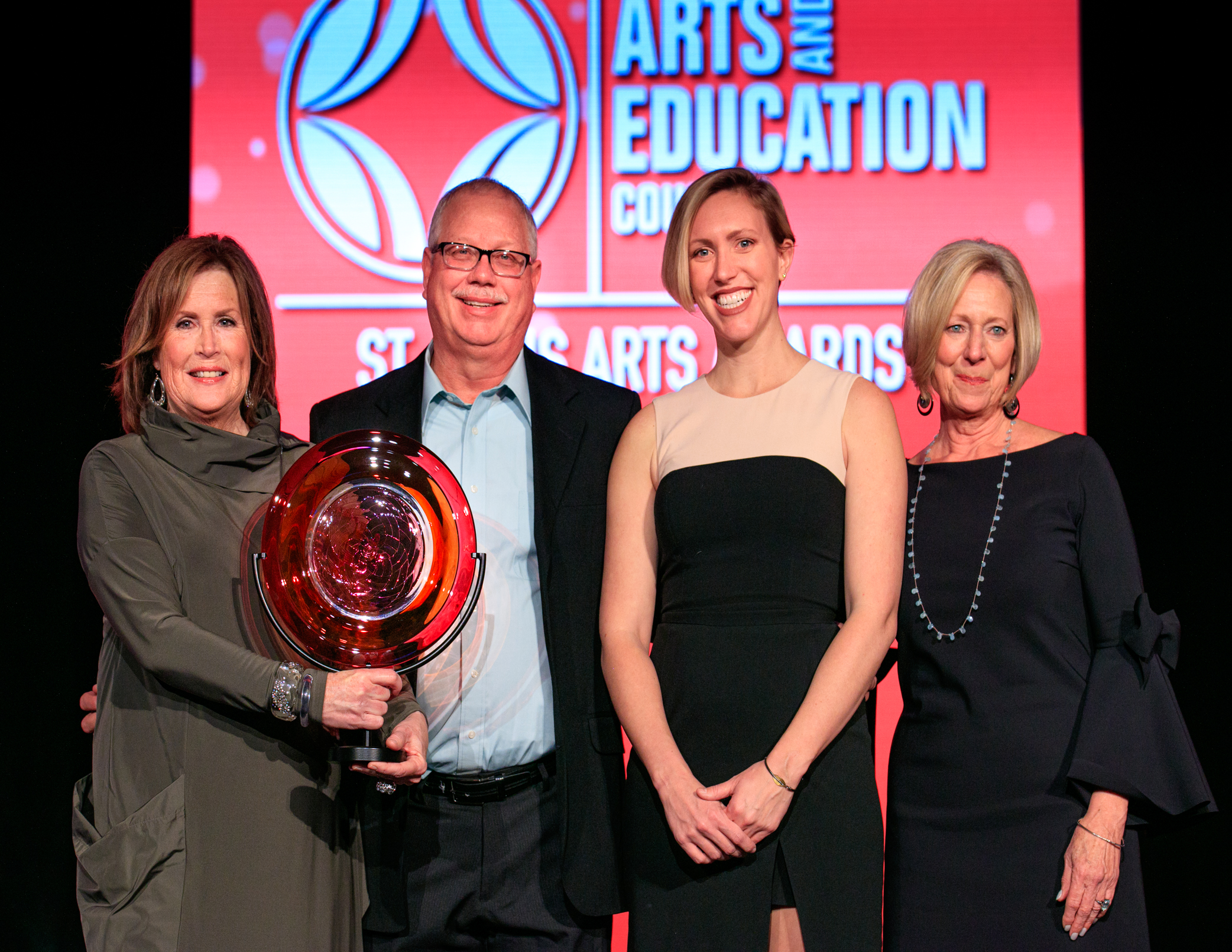 Employees Community Fund of Boeing receiving Champion for the Arts 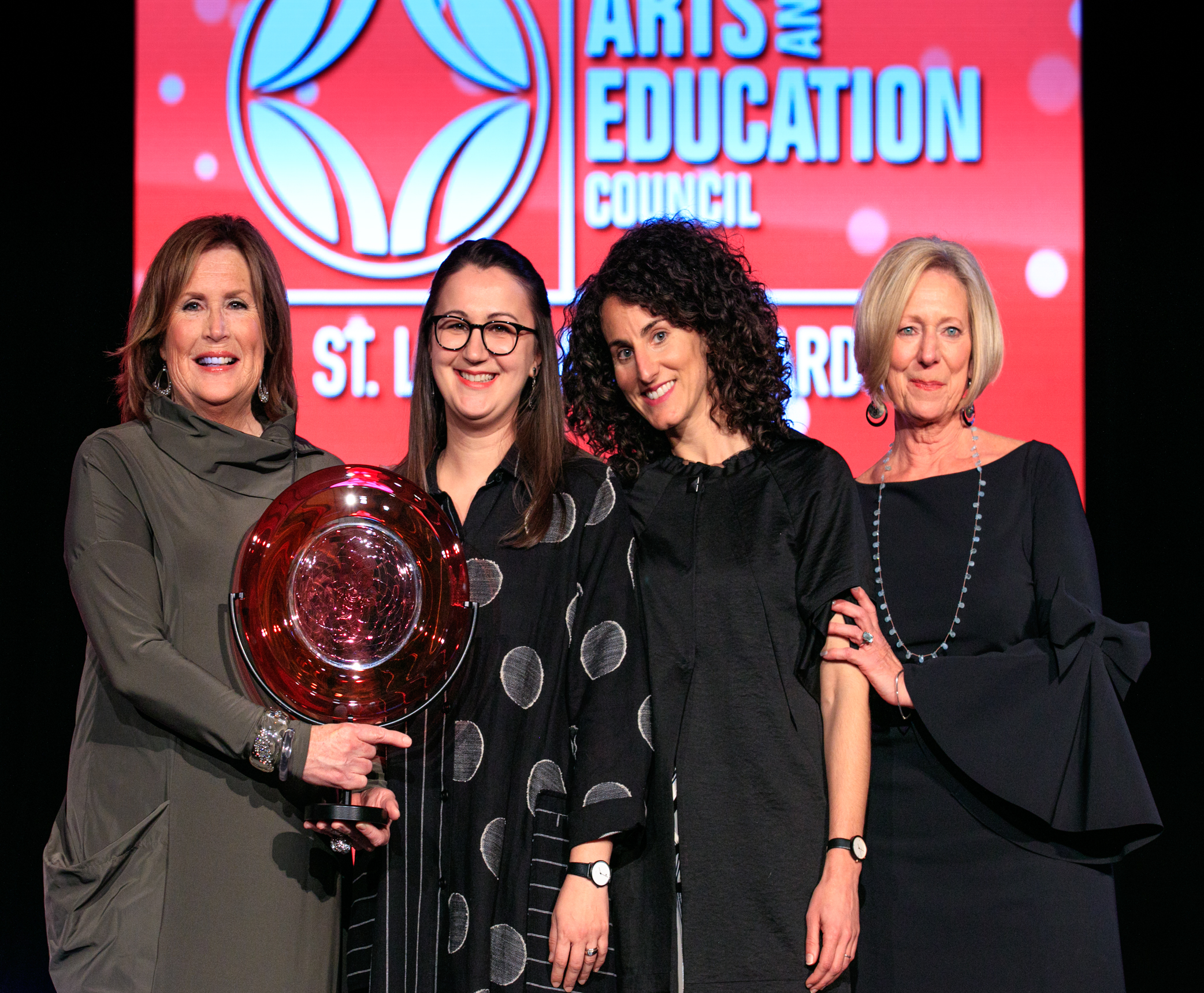 The Pulitzer Arts Foundation receiving Excellence in the Arts 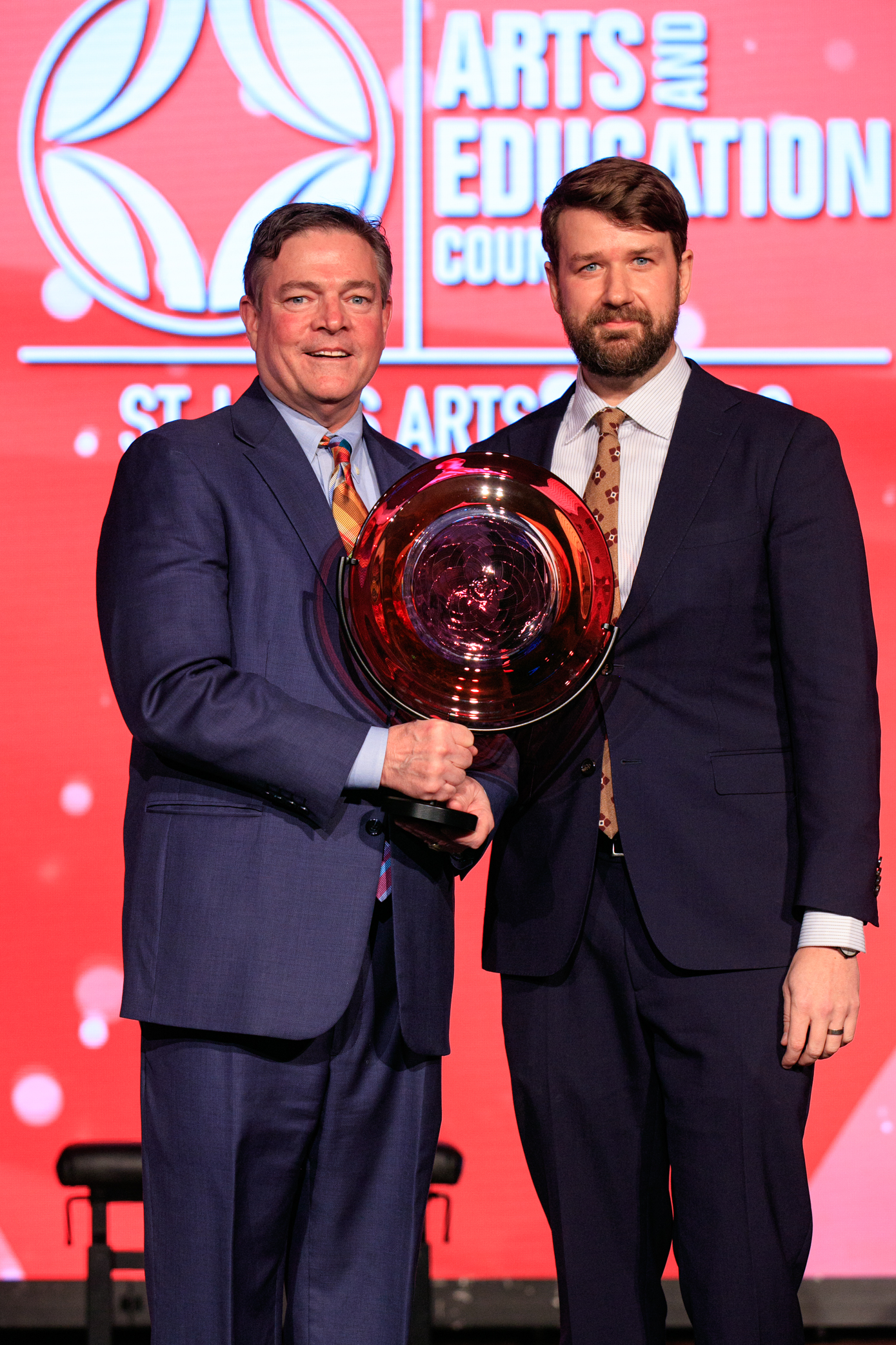 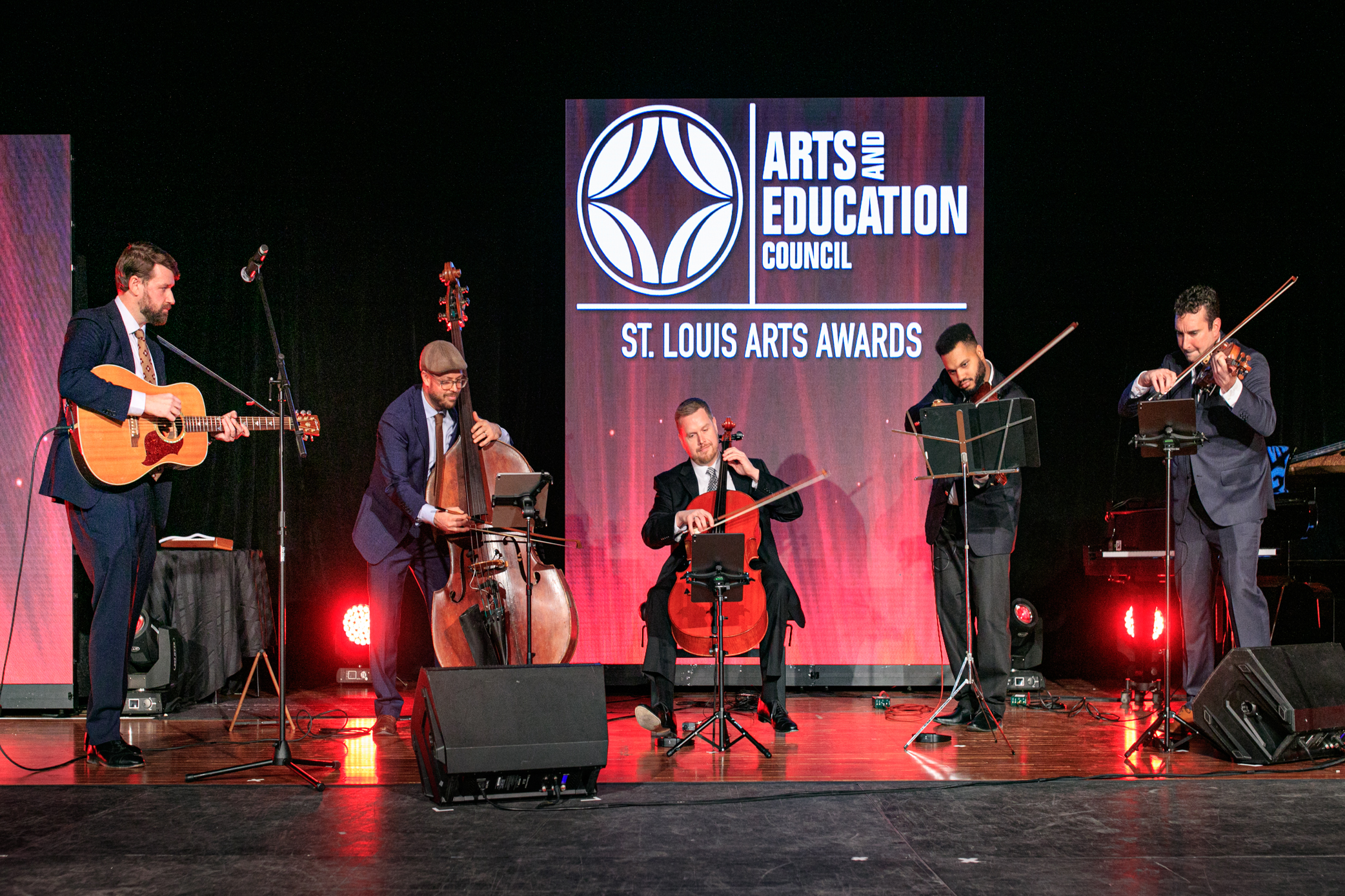 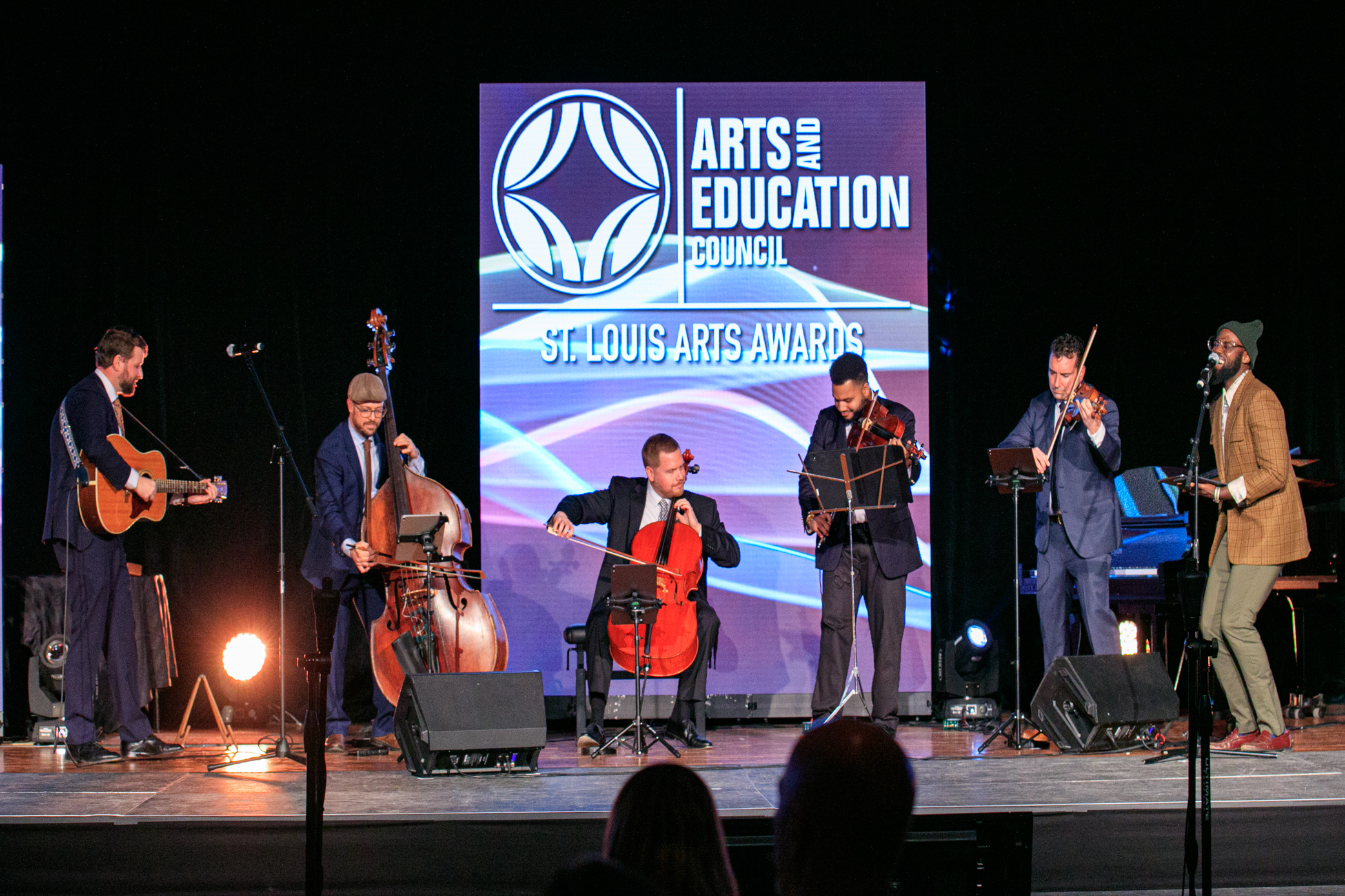 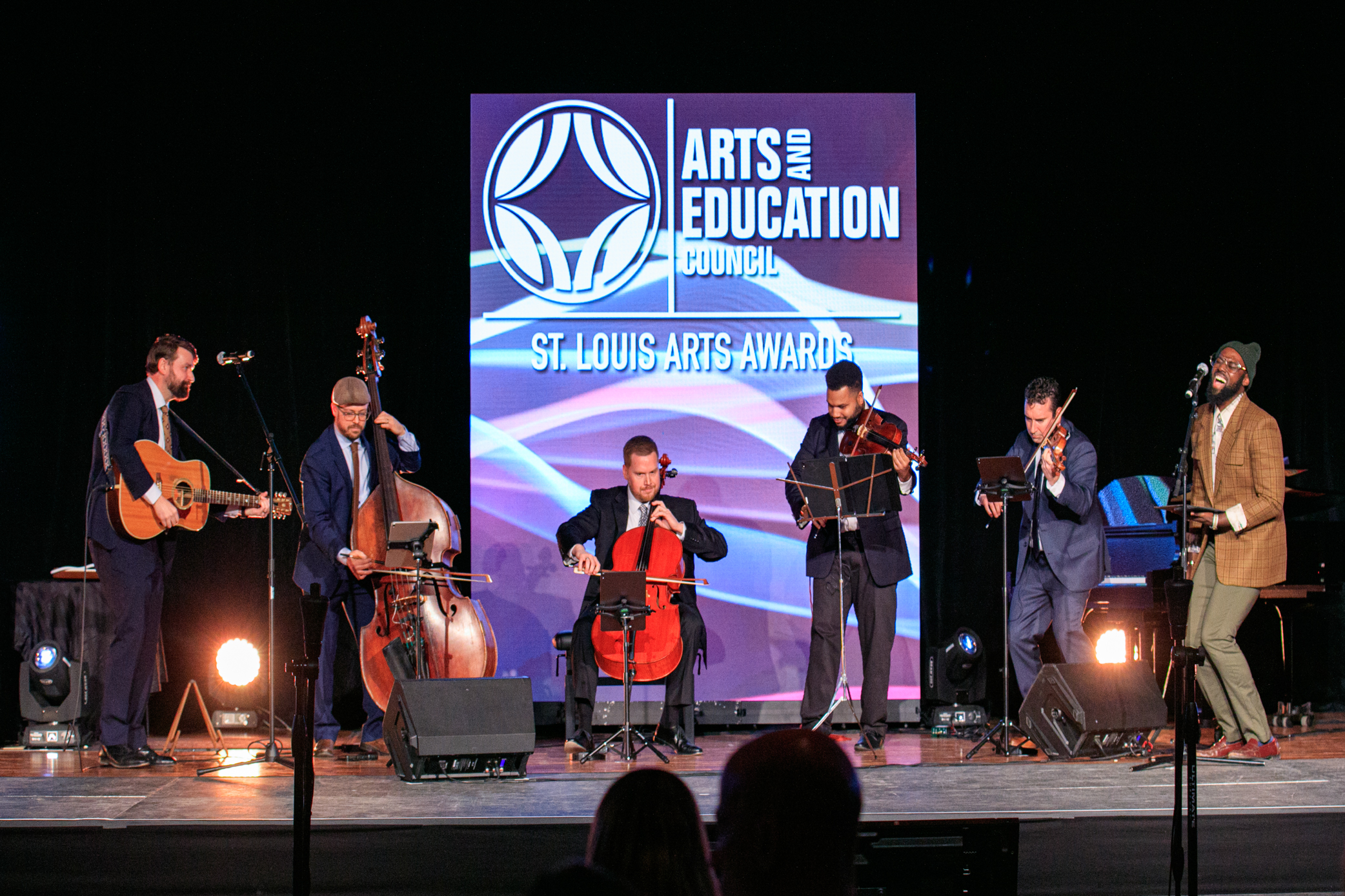 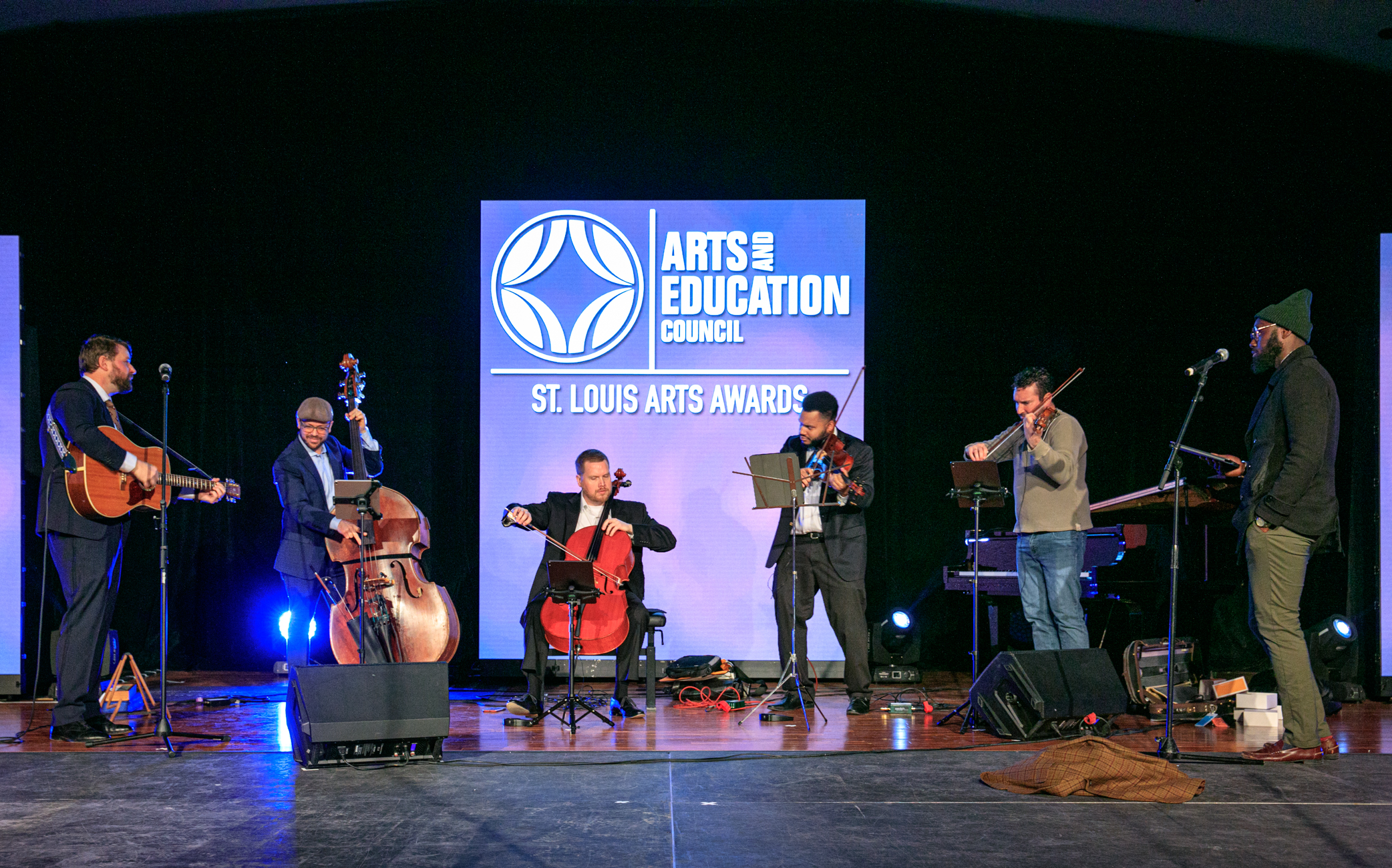 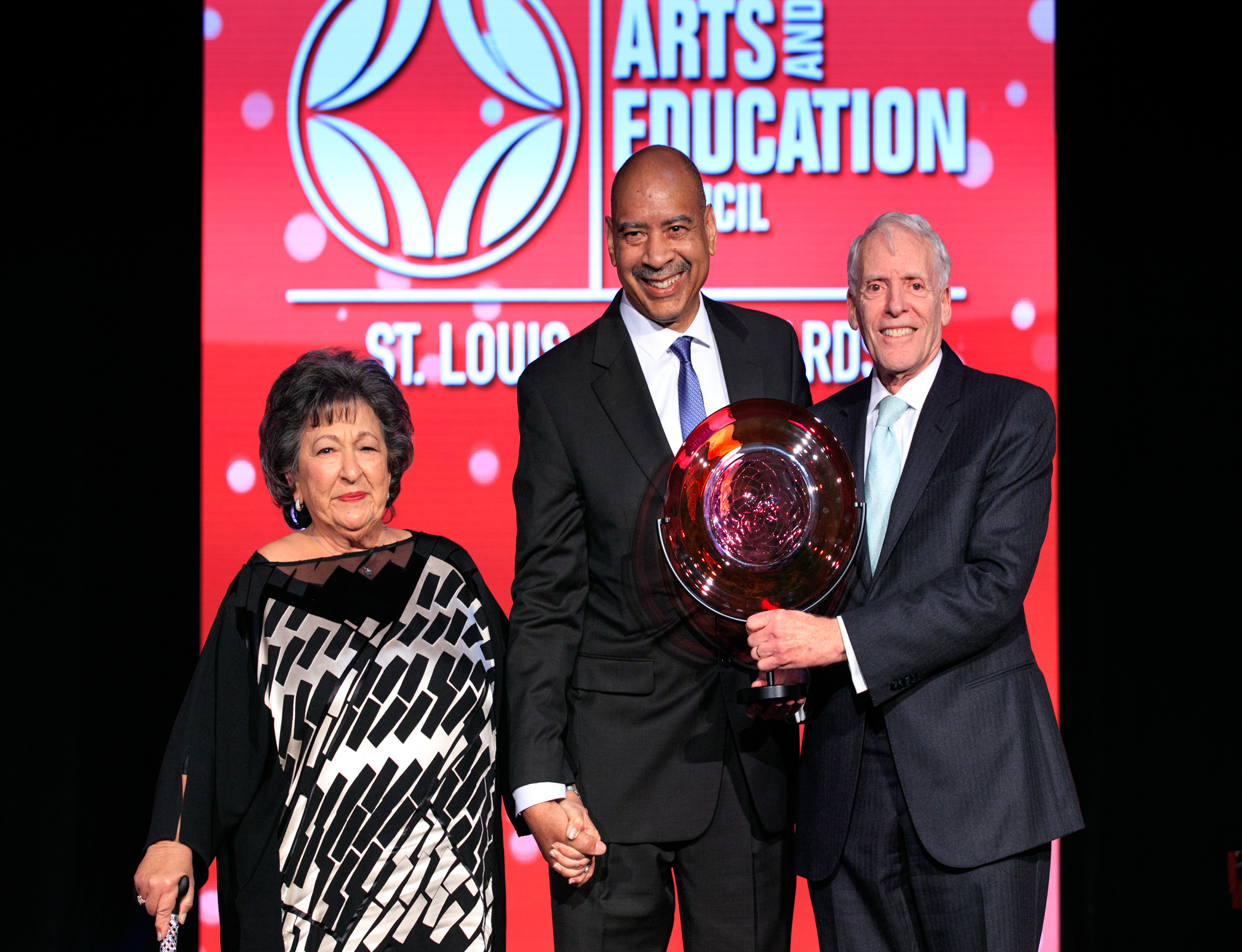 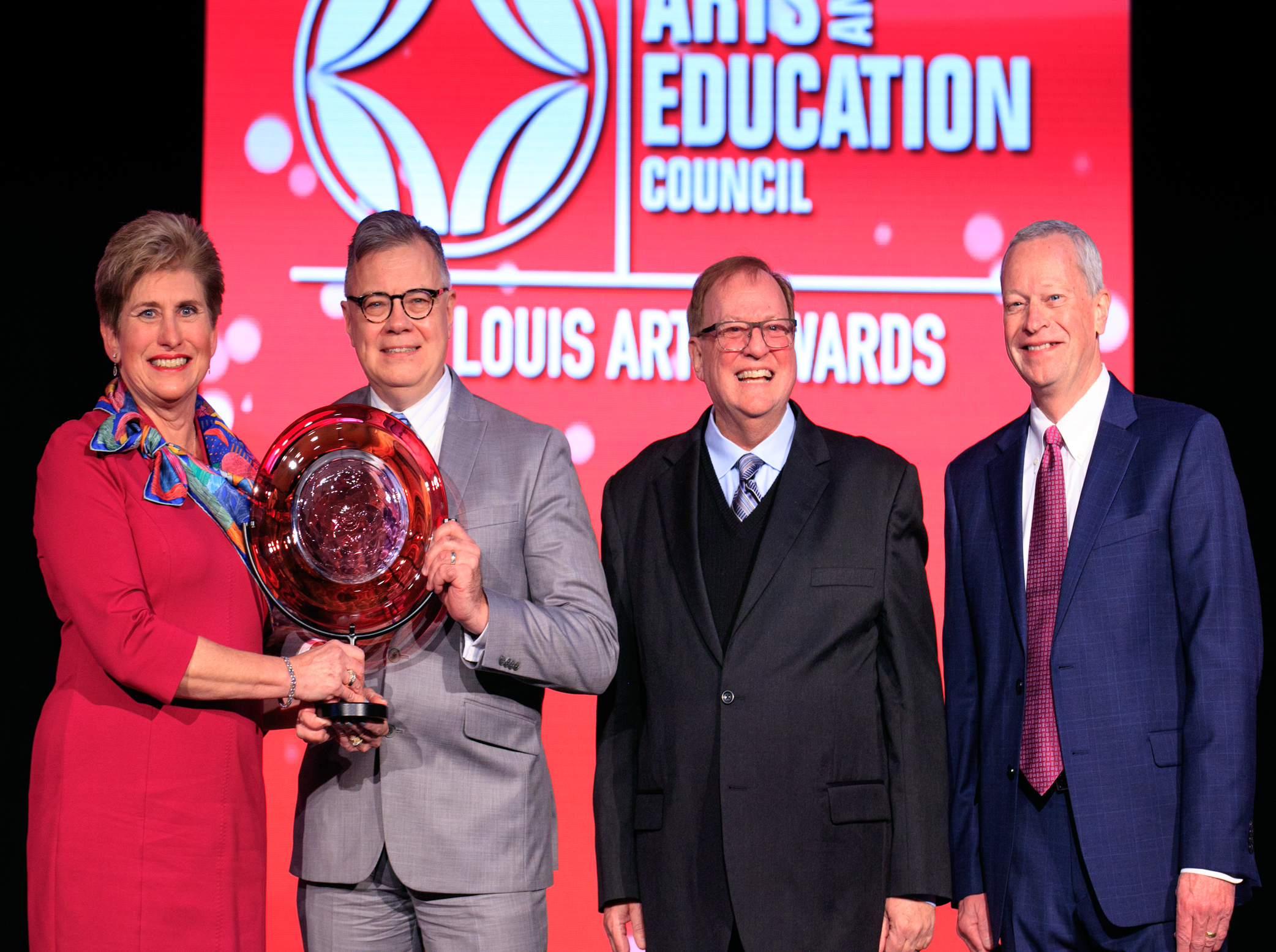 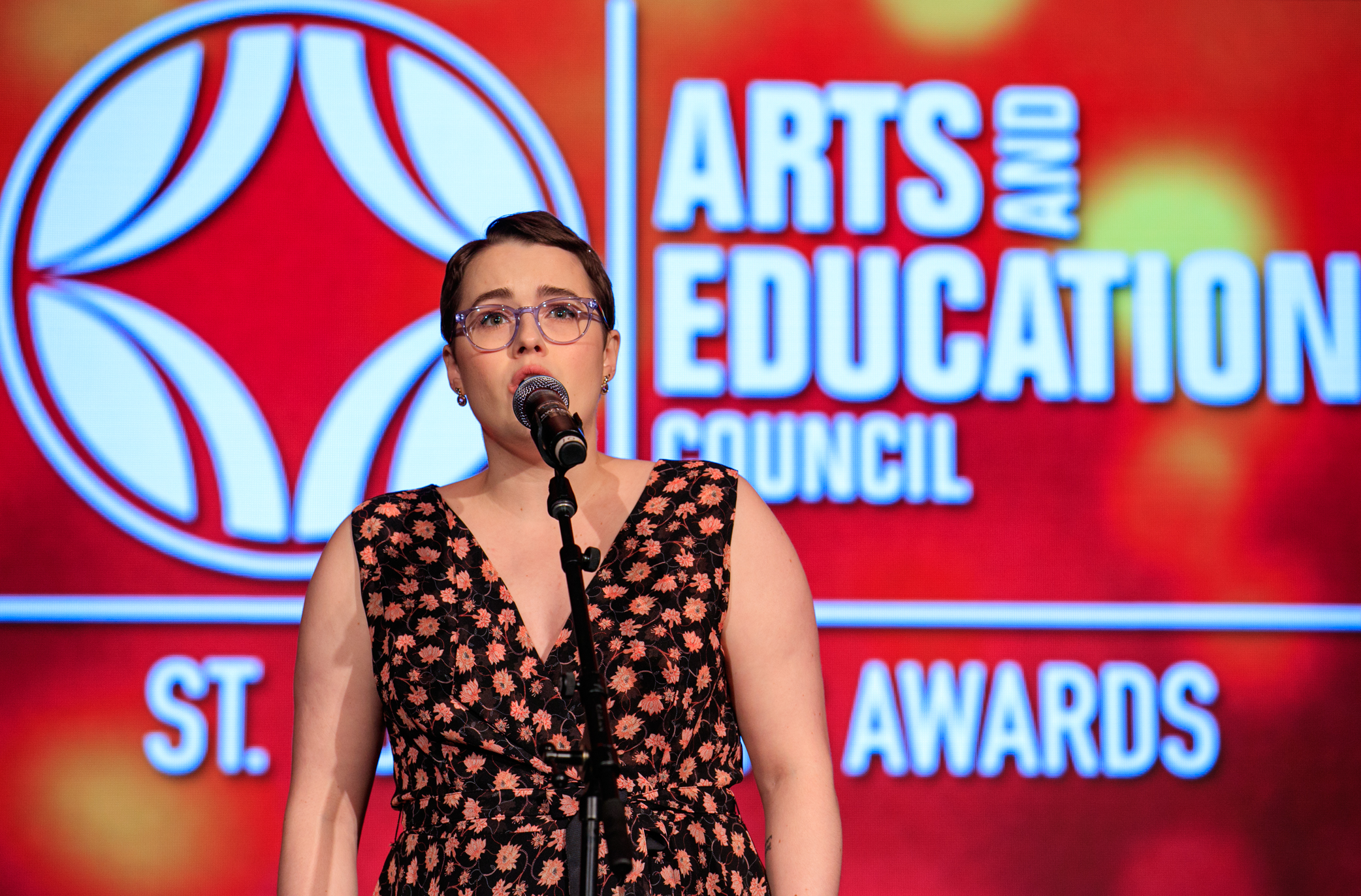 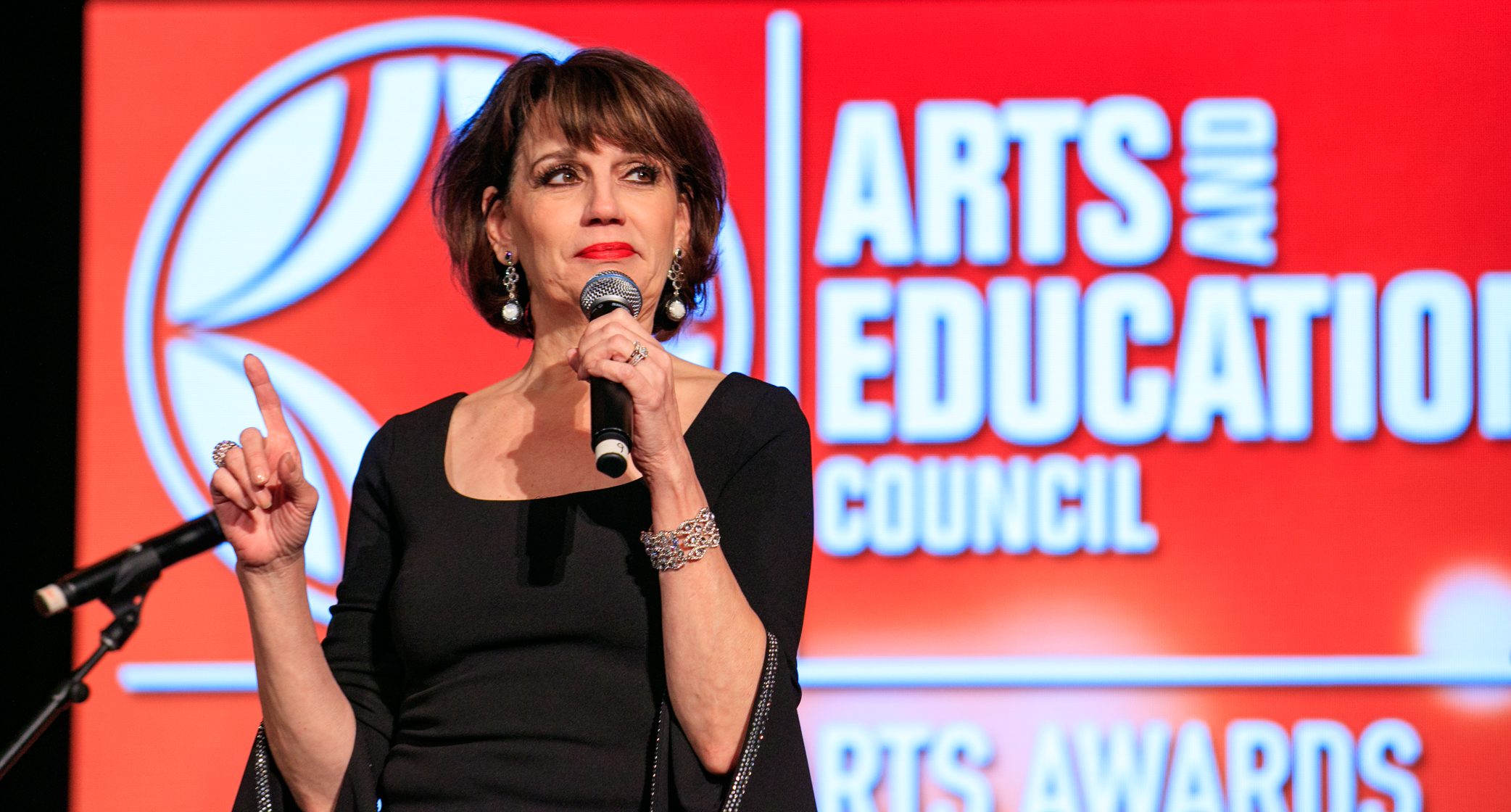 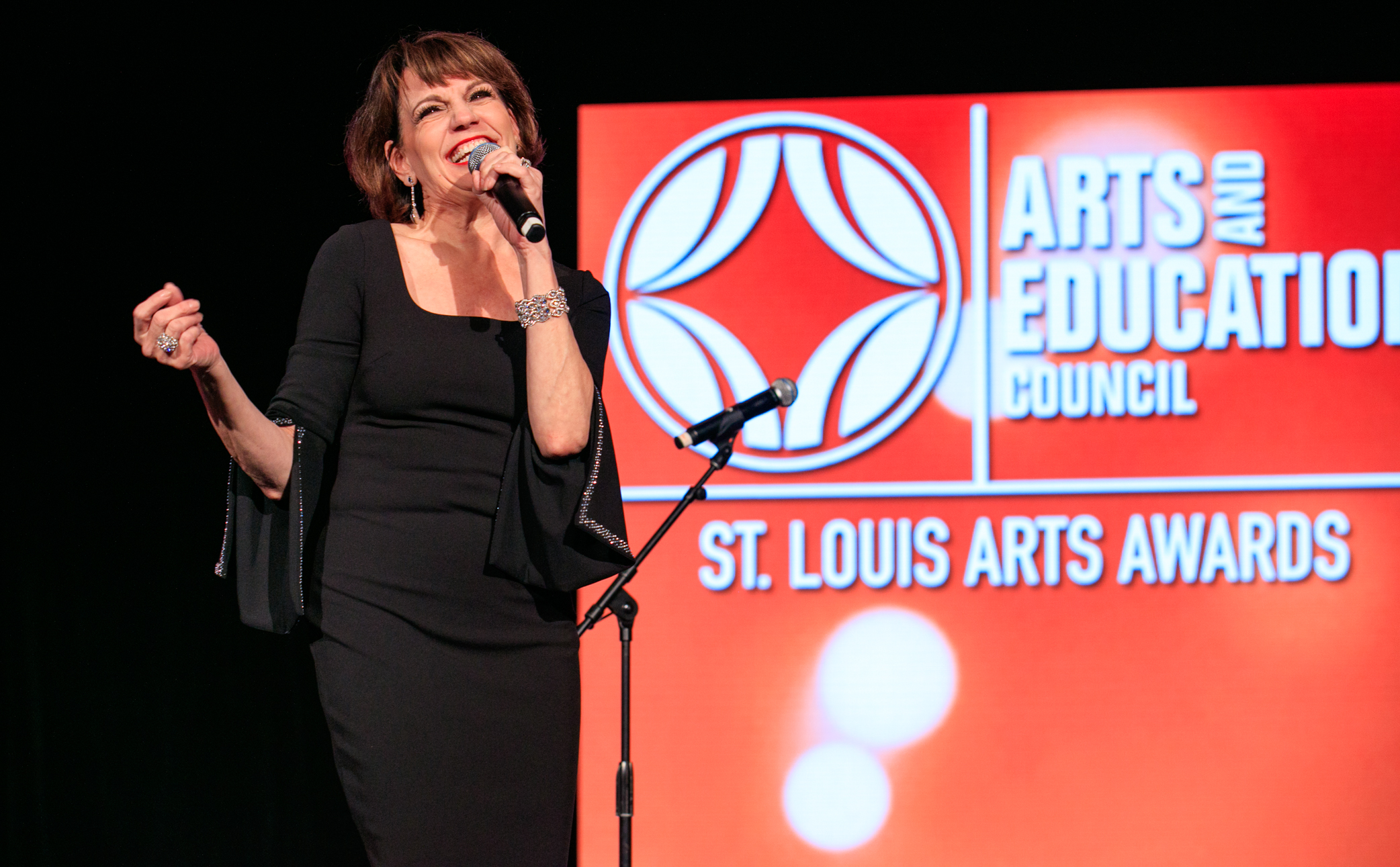