It’s summertime in St. Louis — that means performances and art exhibits are at every corner for your enjoyment! Check them out:

Opera Theatre St. Louis Festival Season | Dates vary thru June 30
Opera Theatre is fun, sociable, and accessible. From pre-show picnics in their beautiful gardens to post-show cocktails with the stars of the show, the experience is unique, memorable, and inviting. They also perform their operas in English and with English supertitles, so that you can understand every word of every show.

Whitaker Music Festival | Wednesdays thru July 31
Each summer the Missouri Botanical Garden hosts a free outdoor concert series called the Whitaker Music Festival. Popular musicians from across the St. Louis area perform on Wednesday evenings at the Garden’s Cohen Amphitheater. Everyone is encouraged to bring lawn chairs, blankets and picnic dinners. Admission begins at 5 p.m., so there is plenty of time to walk around and enjoy the beauty of the Garden before the music starts at 7:30 p.m. For parents attending with their kids, the Children’s Garden also has free admission from 5 p.m. to 7 p.m. The Children’s Garden is a large outdoor play area filled with tunnels, slides, and caves. Click here to see the lineup.

Sauce Food Truck Fridays | Fridays thru October
Sauce Magazine’s Food Truck Fridays are one of the best ways to experience the diversity and creativity of the food culture in St. Louis. More than 20 local food trucks fill Tower Grove Park on the second Friday of each summer month from 4 p.m. to 8 p.m. These trucks offer everything from bar-b-que and street tacos, to donuts and cupcakes. The evening also features live music and craft beer from local breweries like 4 Hands and Urban Chestnut. For the best selection of food and drinks, arrive early because many of the trucks often run out of their most popular items as the evening goes on. Click here for dates. 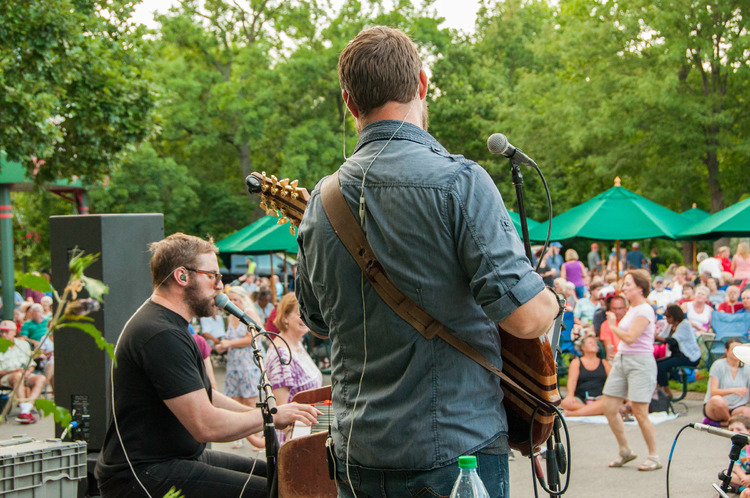 The Muny | June 10 – Aug. 11
The Municipal Opera (Muny) in Forest Park has been a St. Louis summer tradition for 101 seasons! The oldest and largest outdoor musical theater puts on seven musicals every summer, bringing in top stars from Broadway and Hollywood. Click here for this year’s lineup. Whether you’re attending your first show or your 50th, there is a real sense of being a part of history when spending a summer night at the Muny. Shows begin each evening at 8:15 p.m. For those on a budget, there are more than 1000 free seats in the back of the theater that are available on a first-come, first-served basis. Also, watch HEC’s documentary The Best of Us: 100 Yeas of Muny Magic.

Art Hill Film Series | Fridays July 13 – Aug. 3
Celebrate 10 years of films, food, and fun with your dream team this summer at the Art Hill Film Series! This year’s free films are inspired by the spirit and support from all the squads, groups, and crews that have gathered together on Art Hill to watch movies under the stars for the past decade. The four remarkable dream teams in these movies reveal that anything is possible with the right people by your side. Click here to see the film lineup for this year. The party starts at 6 p.m. with music and the Food Truck Fest sponsored by Sauce Magazine. Coolers and picnic baskets are welcome, or purchase drinks from the Panorama tent or food from the museum’s cafe. Films begin at 9 p.m.

Shakespeare in the Park | Nightly June 1 – 24 except for Tuesdays
Shakespeare in the Park is one of the city’s most popular options for free outdoor theater in the summer. The St. Louis Shakespeare Festival performs a play in Forest Park during the month of June. This year’s production is Love’s Labors Lost. Most people like to bring a blanket or lawn chair and spread out on the grass in front of the stage. Food and drinks are available from vendors, but many people enjoy bringing a bottle of wine and/or a picnic dinner. The play begins at 8 p.m., but there are several pre-show activities including live music and educational talks about Shakespeare. Click here for more information.

Circus Flora | June 6 – 30
Circus Flora’s 33rd Season is an unbelievable mix of excitement, charm, daring, and comedy. As always, Circus Flora has assembled a troupe of the best circus acts and storytellers, all in the intimate Big Top setting. This year’s production The Caper in Aisle 6.

Unforgettable: Nat and Natalie | June 9
Two legendary performers—father and daughter. One incredible afternoon of timeless hits with the St. Louis Symphony Orchestra. Nat King Cole and Natalie Cole put their stamp on the jazz and pop music of their day, winning multiple Grammys along the way. Enjoy an unforgettable concert featuring vocalists Denzal Sinclaire and Dee Daniels as they join the SLSO to perform the best of Nat and Natalie Cole.

Webster Arts Fair | June 7 – 9
Art is the star at the Webster Arts Fair at the corner of Bompart and Lockwood in charming Webster Groves. This prestigious fair features 105 artists from all over the country, and also features entertainment, food, and hands-on art activities for all ages.

PrideFest St. Louis | June 29 – 30
Each year, hundreds of thousands of people come to PrideFest and the Grand Pride Parade in St. Louis. This year, the Arch will once again provide the backdrop for the parade on Market Street, and the parade will run adjacent to the festival. PrideFest is an annual celebration of gay, lesbian, and transgender culture. The festival includes a parade with floats and contingents, twenty hours of live entertainment ranging from pop, disco, jazz, rock, country and rap. 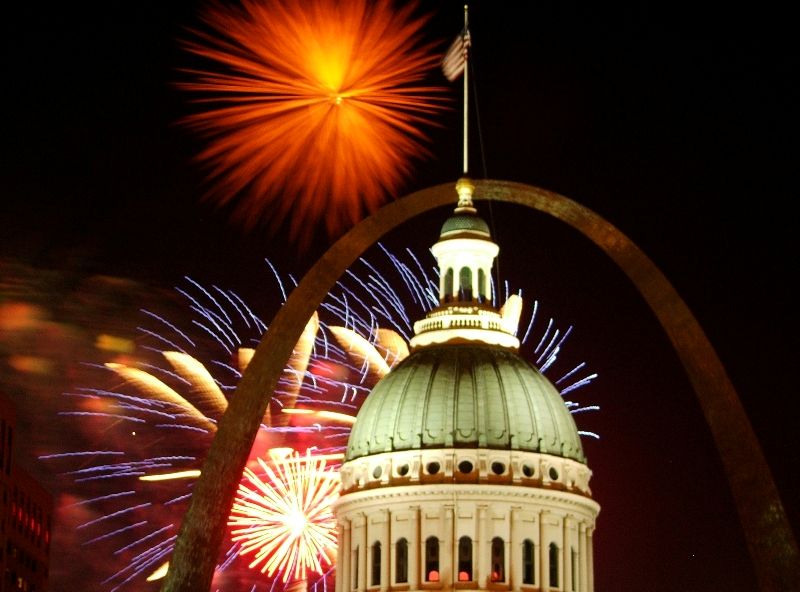 Fair St. Louis | July 4 – 6
Fair Saint Louis is a free event produced each year by St. Louisans for St. Louisans and their guests celebrating our nation’s independence each Fourth of July. The Fair typically hosts hundreds of thousands of attendees listening to fantastic music, playing in the Festival Zone, checking out new products in the Interactive Zone and of course, being “wowed” by our nationally recognized fireworks displays each evening.

Let Them Eat Art | July 12
Take a casual stroll through the streets and shops of Historic Downtown Maplewood as you enjoy the sights and sounds of Let Them Eat Art. Featuring live art demonstrations, performances by regional musicians and kids’ activities, plus food and drink from Maplewood’s award-winning food purveyors, Let Them Eat Art serves as a celebration of the arts and as whimsical tribute to Bastille Day. There will be plenty of shopping along the way, too: Maplewood retailers will have extended hours and offer special event-only promotions.

World’s Fair Heritage Festival | August 16 – 17, 2019
St. Louis World’s Fare Heritage Festival will bring a mashup of activities and entertainment as we celebrate our St. Louis community through music, art, history, business, and local culinary hotspots. This FREE event will bring an eclectic assortment of local musicians, performers, artists, food trucks, and businesses to the World’s Fair Pavilion in Forest Park highlighting all the wonderful diversity, history, and creativity our city has to offer.

Festival of Nations | Aug. 24 – 25
Tower Grove Park becomes the center of the world every year during the Festival of Nations. Immigrants from dozens of countries show off the culture, music and food of their old homeland for the benefit of their new one. Where else can you eat Nepalese food while hearing the music of the Ivory Coast? If you don’t want to eat your way through the festival, you can shop at the World Bazaar, enjoy the family arts and crafts area, and learn something about religions of the world through the St. Louis Interfaith Partnership of Greater St. Louis. 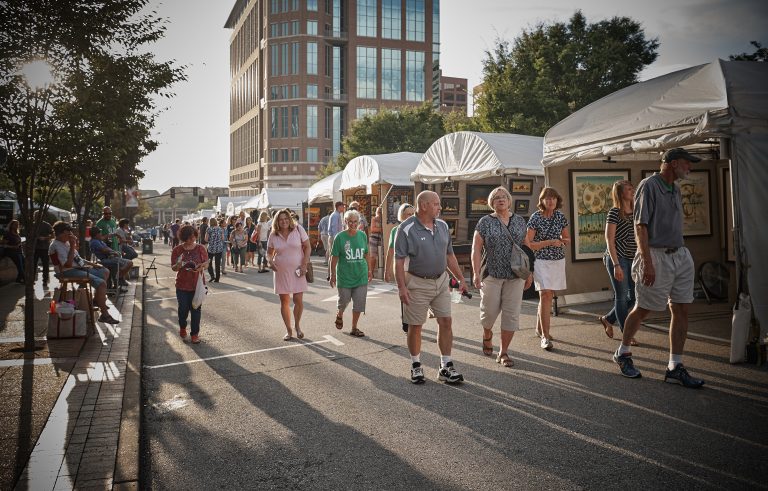 Saint Louis Art Fair | Sept. 6 – 8
Saint Louis Art Fair, presented by Centene Charitable Foundation, is a nationally juried fine art and fine craft show consistently ranked as one of the nation’s top fine art fairs. Each year the Saint Louis Art Fair is held in the streets of Clayton, Missouri, attracting over 150,000 art enthusiasts to a space filled with quality food, art, and music. Don’t forget to come see the HEC booth at the corner of Meremac and Forsyth to “Meet the Artists” of the 2019 Saint Louis Art Fair!