Aisha Sultan’s short film, “Other People”, was screened at the Missouri History Museum Thursday evening, and was followed by a panel discussion, in association with the St. Louis Press Club.

The post-film panel, who were all considered an ‘other’ in some form, included Sultan, a Post Dispatch columnist; Kellen Hill, 2018 Hatebreaker Award recipient; Elain Cha, storyteller and journalist for Big Brothers of Easter Missouri; Kristine Hendrix, President of the University City Board of Education; and Dr. Amanda Lienau Purnell, psychologist at the Veterans Affairs Medical Center.

“Being an Air Force child and moving around so much, I grew up in a lot of rural communities where I was the only black girl,” said Hendrix. “I was the other. It felt empty and it felt lonely and I can be honest and say I didn’t know black women were beautiful except for my mother and my sister for a long time.”

‘Other People’, is a 10 minute film that chronicles an awkward situation that begins when a millennial mom takes her daughter on a play date. It takes a nuanced look at the biased assumptions we make about those who we consider “other.”

Sultan, who is Muslim, said she made the film after the 2016 election of Donald Trump and the divisive culture that followed.

“Even after Sept. 11, where all Muslims were considered ‘terrorists,’ I have never felt so isolated as I do now,” Sultan said. “Being in a red state, I know the majority of my readers voted for Trump, and they would correspond with me and say ‘Oh, it’s ok. I know you’re not like those other people.’ And I would say, ‘Who? Muslims? Because you’re really talking about all of us.’”

“There is this increasing awareness among some white people, things that people of color have known for a long time,” said Dr. Purnell. “This culture is activating some white people who were not previously activated, those who thought we were better than we were as a country, and it has also given permission for another group of white people to say things they previously kept quiet and our current climate is unfortunately giving them a platform and making it ok, and it’s not.”

The theme evolved into how small actions can make a big difference, and how micro aggressions can lead to the bigger picture of systemic oppression and structural inequality.

“We have to maintain and keep these conversations going,” said Hill. “Change comes from small details. You can’t get big change without a bunch of small changes. It’s the small conversations, the willingness to come to the table and say, ‘I’m willing to have this conversation,’ even if it makes you uncomfortable, because everybody has some form of racial bias in them.”

“When we have these conversations, we have to be honest, first and foremost, with ourselves and our shared history,” said Hendrix. “Because when we’re not, that’s when we tend to have these incidences of racial bias.”

According to the panel, conversations, whether they be fictional or an everyday interaction with someone other than you, is key to creating change.

“A personal and professional aspiration for me is to make sure that I’m addressing systemic issues and the everyday interactions, because in order to get people to open up to the possibility that there’s something systemic going on, people have to experience it on the micro-level,” said Cha. “That level is stories, whether they are fictional narratives, like ‘Other People’, or first-hand accounts, they create a space for understanding that comes through the discomfort of not understanding one another.” 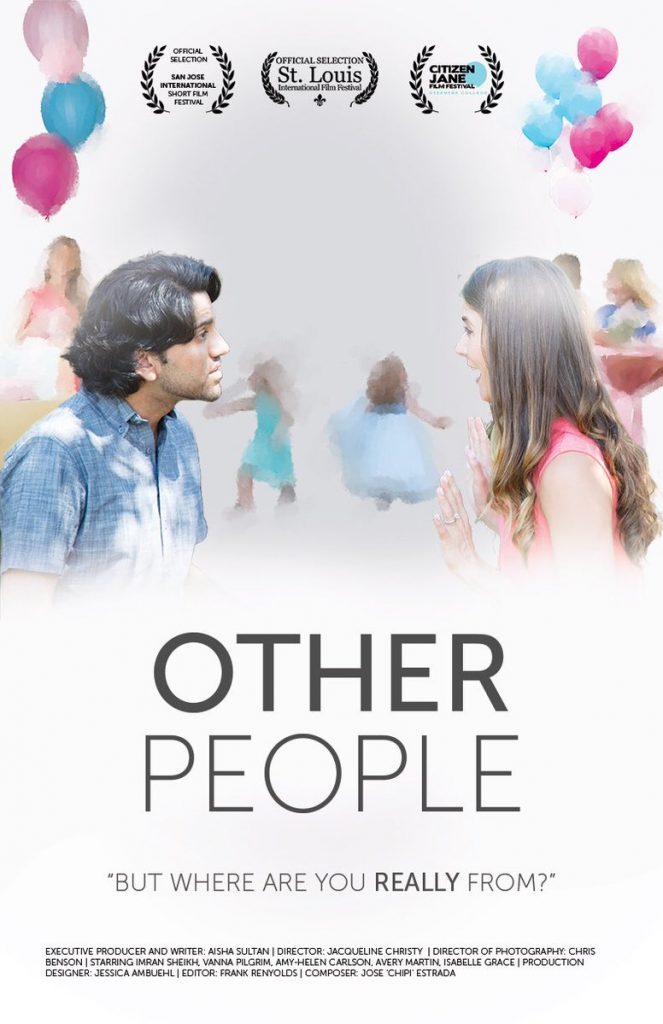